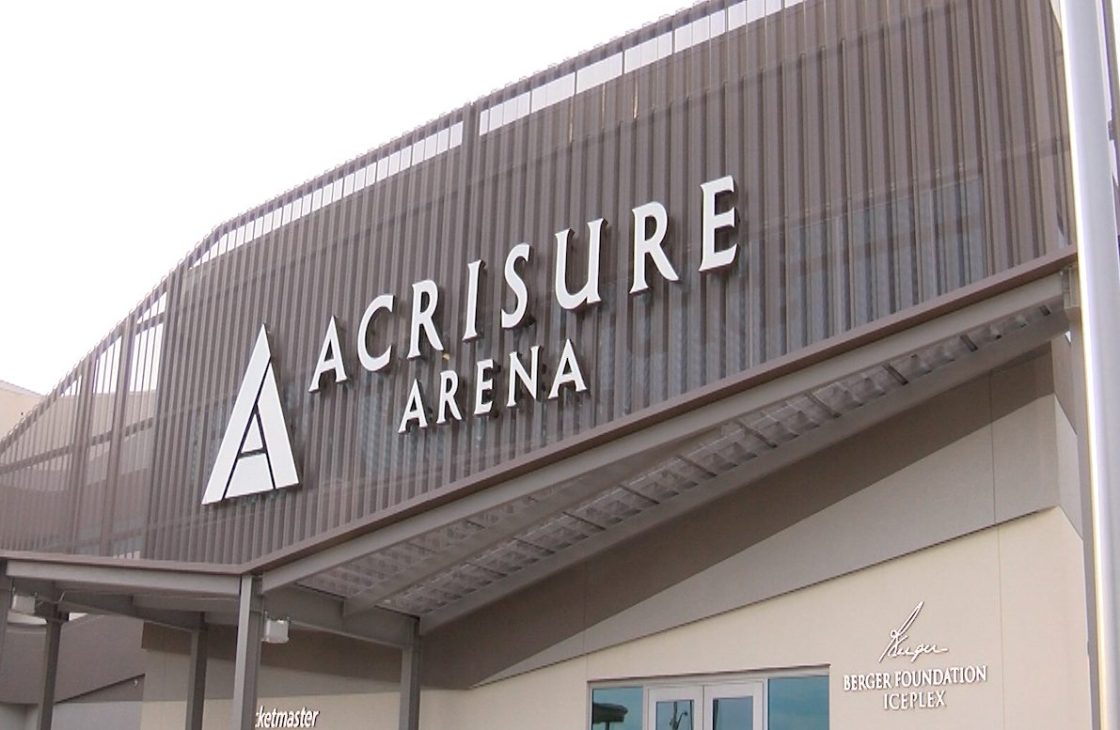 Whatever you call them, it’s likely you’ve had a taste of their unique Italian ice. E & E Pel’s, a local family owned and operated business, has been scooping their fan-favorite dessert in Cathedral City since 1972.

“It’s a fresh-squeezed juice that we lightly freeze,” said Uschyk. We add no concentrates, no oils, no syrups. All the sugar comes from the fruit.”

“Acrisure is now the heart of the Coachella Valley and we really want to showcase the best of what the valley has,” said Bill Cheek, General Manager of Hospitality of Acrisure Arena.

Dozens of familiar faces and logos can be found at the arena, which will feature a line-up of Coachella Valley home-grown businesses – from finger-lickin’ b-b-q to sizzling Mexican cuisine to premium, handcrafted beverages.

“We really wanted to have a broad spectrum of offerings for different tastes, so we went into each category and decided who’s best in class in the valley in that area and we approached them,” said Cheek.

And no one could turn down the opportunity.

“We’re really excited to be a part of Acrisure Arena,” said Rod Vandenbos, Founder and CEO of Buzzbox. “As a local Indio-based company… this is just absolutely a dream come true for us to have this kind of a facility in our backyard where we can showcase our product.”

During the pandemic, the buzz quieted as lights went out for sporting games, music festivals, and major events. Now, they’re bustling and serving up crafty and compact cocktails to thousands of residents and tourists who visit the arena each week.

“I think one of the greatest things that the Acrisure Arena has done is that they’ve brought together us as locals,” said Vandenbos. “I think that bringing together some exceptionally great companies here in the valley that we have the honor of being a part of and showcasing here at the arena is not only amazing for us as locals, but allow these companies now to hopefully grow beyond the valley and into other areas.”