Cher showcases incredible diamond on Twitter for Christmas… but is it an engagement ring? 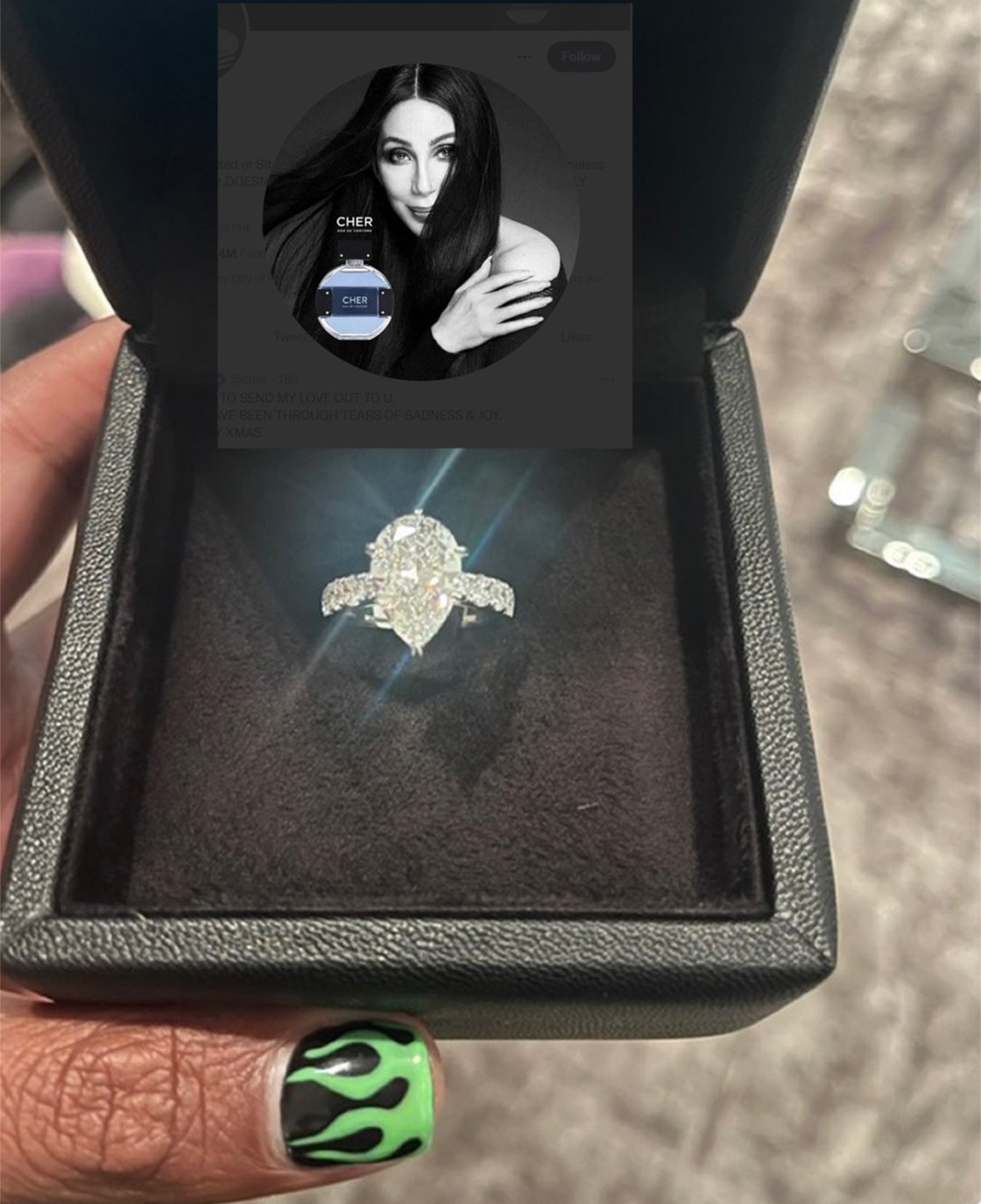 (CNN) — Cher had enough ice on hand for more than just holiday cocktails this weekend, but she’s remaining mum for now on whether it means wedding bells are in her near future.

The legendary entertainer, who has been linked to rapper and music executive Alexander “AE” Edwards, posted an eye-catching photo of a humongous diamond ring to Twitter over Christmas, which set the internet ablaze with speculation that the pair got engaged.

The first photo showed Edwards holding a black velvet ring box, with the icy bauble catching the light in the sparkliest of ways.

The other element in the image that caught attention were Edwards’ nails, which were done up with a bonkers green-and-black fire manicure.

“there r no words, Alexander, A.E,” Cher wrote in the caption, before posting the same image 40 minutes later with an additional caption specifying, “I posted this cause his nails are so cool.”

While the “Believe” singer isn’t yet confirming what the ring post may mean, she has been more than candid about her new relationship, answering questions on social media last month after she and Edwards were photographed holding hands.

At the time, Cher responded with a smiling emoji surrounded by hearts to a person who tweeted at her to ask, “Is that your new man!?”