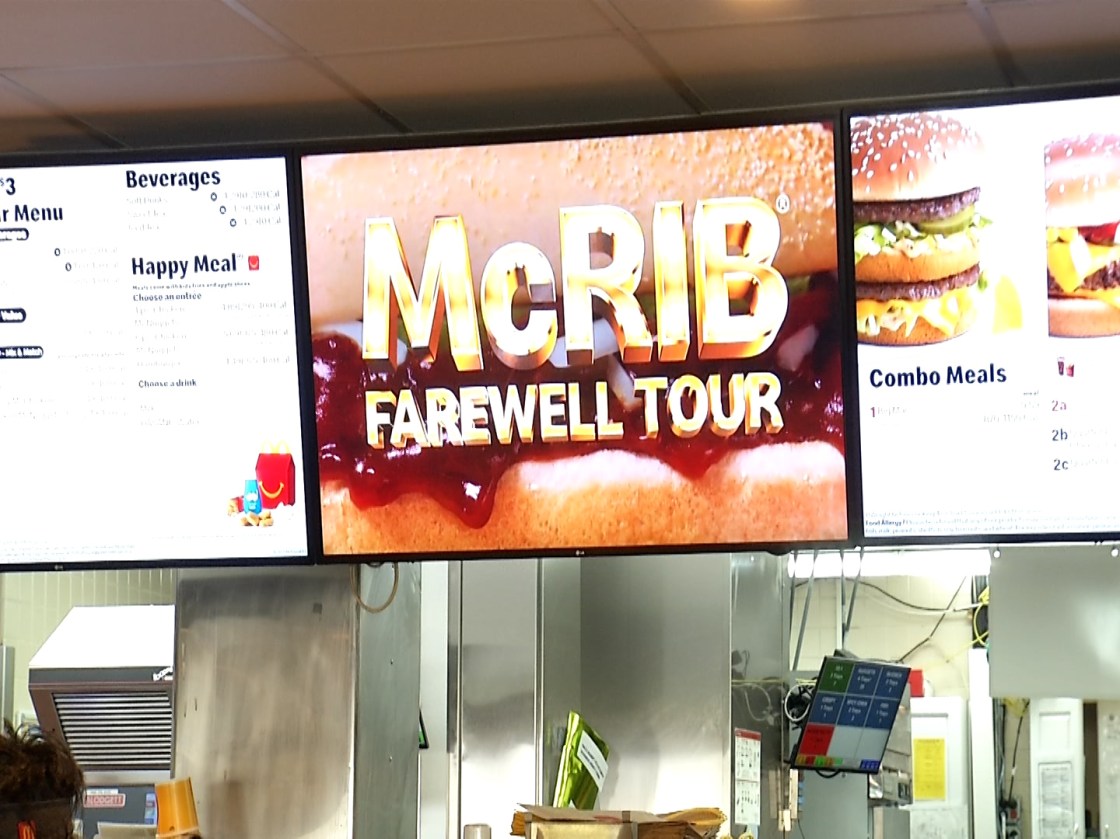 (CNN) — 2022 marked a return to the basics for many of America’s largest food companies. That left some fan favorites in the garbage heap of history.

McDonald’s gave us a gut punch when it announced the end of the McRib, the Choco Taco is being sent to the confectionery cemetery and sandwiches we didn’t know existed were already being disposed of (no offense, Ch’King, but it seems like it was you, and not us.)

Restaurants and food manufacturers are constantly evaluating what’s selling and what’s not, so it’s not a surprise that these items are going away. But it doesn’t make their losses any easier for fans.

Here’s what culinary creations left us in 2022.

Burger King’s take on a fried chicken sandwich, dubbed the Ch’King, barely lasted a year. Launched in May 2021, the chain’s hand-breaded crispy chicken sandwich was quietly eliminated from nationwide menus just 15 months later. The reason: It was too hard to assemble for employees, a huge problem in a business where speed is key.

The Ch’King “was a great product that was difficult or challenging for teams to execute on,” Tom Curtis, President of Burger King North America, told CNN in September. The chain replaced it with a Royal Crispy Chicken sandwich, which offers “great flavor and consistency,” he said.

Fans were outraged online after Chili’s eliminated the original recipe of its chicken crispers from menus in the fall. The unique, tempura-battered tenders had been a staple on the chain’s menu since the 1980s.

But don’t fret: Chili’s still offers Crispy Chicken Crispers that are similar to the original, but offer a crunchier and juicier bite. Chili’s explained in a statement to CNN that the “menu change is part of our simplification and growth initiatives to reduce complexity” for its employees.

The beloved ice cream in a taco-shaped cone was discontinued in July after nearly four decades on sale.

Klondike explained that the company has “experienced an unprecedented spike in demand across our portfolio” and that it had to make “very tough decisions to ensure availability of our full portfolio nationwide.”

However, not all hope is lost for its return. “We’ve heard our fans, and we’re hoping to bring this favorite treat back to ice cream trucks in the coming years,” Klondike said a few weeks after the stunning announcement.

After about 25 years on shelves, Honest Tea’s parent company Coca-Cola announced it was eliminating the iced tea from its product lineup.

Coca-Cola took a 40% stake in Honest in 2008, and Coke acquired the brand outright in 2011. The company also sells Gold Peak and Peace Tea, and intends to focus on these brands as it says goodbye to Honest.

The move “will free up investment resources and supply chain capacity to better meet consumer needs,” a company executive said in a May statement.

Hope you enjoyed the McRib while it lasted. McDonald’s teased in a statement upon its October re-arrival that “this could be your last chance to taste it” because the chain confirmed that it won’t be sold nationally for a while following this promotion.

McDonald’s first added the McRib to menus around Kansas City in 1981, and the chain pulled it from its menu four years later. But it has become a cult favorite among McDonald’s loyalists in recent years. It was previously sold regionally before expanding to all of its US restaurants in 2020.

Let’s be clear: the Vanilla Frosty isn’t gone for good. But it did disappear this year so Wendy’s could change up the flavors of the beloved frozen treat.

It’s currently selling a peppermint Frosty in its place, which replaced the strawberry flavor that it sold over the summer. Wendy’s didn’t have an exact date when vanilla would return, but it did tease that more Frosty flavors might be added to its menu in 2023.