Winter storm death toll rises to 27 in the Buffalo, New York, area as residents remain trapped under feet of snow 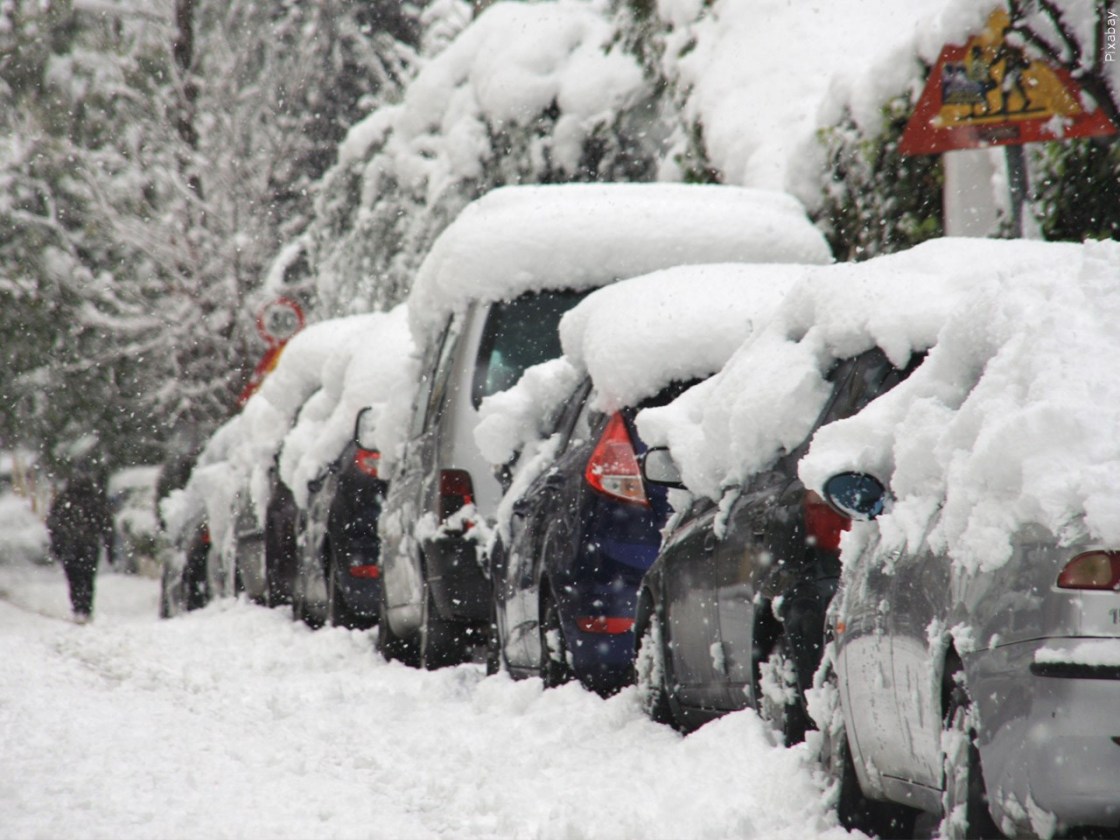 (CNN) — At least 27 people have died in Erie County, New York, as a result of a massive winter storm which blasted much of the United States in recent days, county officials said Monday, bringing the nationwide death toll to 49.

The updated number of deaths in Erie County, which includes the city of Buffalo, comes as parts of western New York remain buried by up to 43 inches of snow, leaving vehicles stuck and power out for thousands over the Christmas holiday, just one month after the region was slammed with a historic snowstorm.

“This is a horrible situation,” Erie County executive Mark Poloncarz said in a news conference, noting officials expect between 8 and 12 more inches of snow to fall between Monday morning and 1 p.m. Tuesday. “This is not helpful as we’re trying to recover and clear off streets and get into areas that still have not” been plowed, he said.

Poloncarz tweeted Monday afternoon: “Very sadly, the (county Health Department) Medical Examiner has confirmed another 2 deaths from the Blizzard. Total deaths are now 27. Of these: 3 were from an EMS Delay; 14 were found outside; 3 were from shoveling/blowing cardiac events; 4 were from no heat; & 3 were in a vehicle.”

While driving bans have been lifted in some communities, one such order remains in place in Buffalo, Poloncarz said, describing the city is “impassable in most areas,” with abandoned vehicles scattered everywhere. Regardless, Erie County Sheriff John Garcia urged residents to stay home, he told CNN, to keep the roads clear for emergency crews.

Even emergency and recovery vehicles sent out to help have gotten stuck in the snow as rescue crews and hundreds of snowplow drivers fanned out on Christmas. Eleven abandoned ambulances were dug out Sunday, officials said.

“We had to send specialized rescue crews to go get the rescuers,” Poloncarz told “CNN This Morning” Monday, adding it was the worst storm he could remember. “It was just horrendous, and it was horrendous for 24 hours in a row.”

“We’re used to snow here, we can handle snow,” he said. “But with the wind, the blinding views — it was complete whiteouts — and the extreme cold, it was some of the worst conditions that any of us have ever seen.”

The storm has drawn widespread comparisons to Buffalo’s famous blizzard of 1977. Poloncarz said in Monday’s news conference the current storm’s “ferocity … was worse than the blizzard of ’77.” The death toll in that storm was 23 people, 22 of whom died in Erie County.

“I spoke with @GovKathyHochul to get an update on the extreme winter weather hitting New York,” Biden tweeted. “We stand ready to make sure they have the resources they need to get through this. My heart is with those who lost loved ones this holiday weekend. You are in my and Jill’s prayers.”

Hundreds of National Guard troops have been deployed to help with rescue efforts in New York. State police had been involved in over 500 rescues by Sunday, including delivering a baby, Hochul said.

On Monday, Hochul reiterated her request for residents to follow local traffic closures so officials could continue to plow and salt the roads and remove the “scores and scores of vehicles” she said were abandoned.

“It is still a dangerous situation to be out,” she said in an afternoon news conference.

While abandoned vehicles pepper the snow-covered roadways, conditions are also difficult inside homes.

Some residents have remained in their homes for more than two days, some without power in the freezing cold, Hochul said Sunday — due not to a lack of resources, but the challenges utility companies face in terms of mobility and access. As of Sunday evening, however, 94.5% of Erie County residents and 87% of Buffalo residents have had their power restored, Hochul said.

As of Monday, fewer than 10,000 customers were without power, Buffalo Mayor Byron Brown said in an afternoon news conference, adding temperatures in his own home dropped to 40 degrees. “We certainly understand the challenges that so many families are going through and the frustration that people are facing.”

Buffalo will continue to see snowfall and frigid cold temperatures Monday, with a high of 23 degrees expected in the daytime and a low of 21 at night, according to the National Weather Service.

Winter storm warnings remain in effect in New York for Jefferson and Lewis counties until 1 p.m. Tuesday. Forecasts show an additional 8 to 16 inches of snow could fall, according to the National Weather Service. Erie County could see another 4 to 8 inches and is under a winter weather advisory.

Storm leads to loss of life across multiple states

Over the past week, the prolonged winter storm has enveloped a large swath of the country with dangerously low temperatures and wind chills, also bringing with it widespread power outages and thousands of canceled flights.

Nationwide, around 75,000 customers were without power Monday afternoon, with a majority in Washington state, according to PowerOutage.US. Since the start of the storm, the number of outages has at times exceeded a million customers.

Electricity was not the sole utility impacted: Jackson, Mississippi, issued a boil water notice Sunday after its water system lost pressure due to line breaks “likely caused by the weather,” officials said on Facebook. The city — which just two months ago overcame a separate lengthy water crisis — distributed water to residents throughout Christmas Day.

Southwest said in a statement: “With consecutive days of extreme winter weather across our network behind us, continuing challenges are impacting our Customers and Employees in a significant way that is unacceptable.

“And our heartfelt apologies for this are just beginning.”

Another 6,200 US flights have been delayed, according to FlightAware.

Separately, the Buffalo Niagara International Airport, which closed Friday due to “hazardous weather conditions” and saw 43 inches of snow, is expected to remain closed until late Wednesday morning, the Niagara Frontier Transportation Authority said on Twitter. The closure means the Buffalo Sabres’ NHL game at Columbus will be postponed because the team cannot fly to Ohio, Sabres officials said.

Since the brutal weather’s arrival, multiple storm-related deaths have been reported across several states. In addition to the deaths in New York, the fatalities include:

• Colorado: Police in Colorado Springs reported two deaths related to the cold since Thursday, with one man found near a power transformer of a building possibly looking for warmth, and another in a camp in an alleyway.

• Kentucky: Three people have died in the state, officials have said, including one involving a vehicle crash in Montgomery County.

• Missouri: One person died after a Caravan slid off an icy road and into a frozen creek, Kansas City police said.

• Ohio: Nine people have died as a result of weather-related auto crashes, including four in a Saturday morning crash on Interstate 75, when a tractor-trailer crossed the median and collided with an SUV and a pickup, authorities said.

• Tennessee: The Department of Health on Friday confirmed one storm-related fatality.

• Wisconsin: The State Patrol on Thursday reported one fatal crash due to winter weather.

• Vermont: One woman in Castleton died after a tree fell on her home, according to the police chief.

What to expect as storm moves away

The powerful system continues to move away from the Northeast, yet many cities and towns remain covered with thick snow. Over separate 24-hour spans, Baraga, Michigan, received 42.8 inches of snow while Henderson Harbor, New York, got 40.8 inches.

In the meantime, lake-effect snows will continue to make for hazardous travel conditions for the next couple of days and conditions are expected to slowly improve over the week.

Lingering lake-effect snows blowing downwind from the Great Lakes will slowly become less intense, but the Arctic air enveloping much of the eastern half of the nation will be slow to moderate, according to the National Weather Service.

The low-pressure system is forecast to move farther away into Canada, while another system quickly across the northern US into Monday, bringing snow from the northern Plains through the Midwest.

Much of the rest of the eastern part of the country will still be in a deep freeze through Monday before a moderating trend sets in on Tuesday, forecasters said.

Correction: This story has been updated to correct where Gov. Kathy Hochul described the storm as the “most devastating storm in Buffalo’s long storied history.” It was at a Sunday news conference.