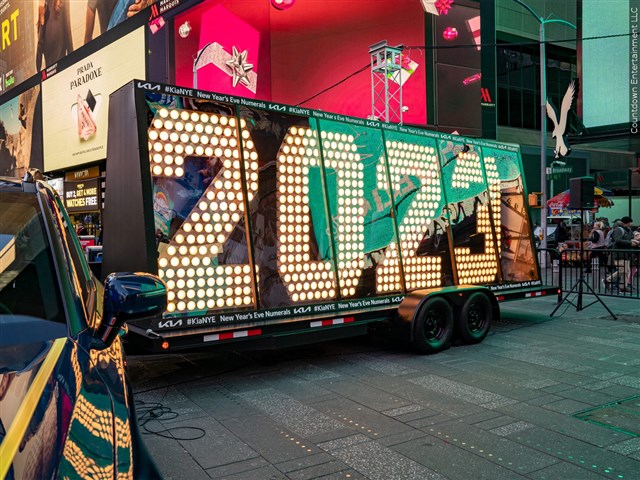 (CNN) — The 19-year-old suspect accused of attacking New York police officers with a machete near Times Square on New Year’s Eve has been arrested and faces charges of attempted murder of a police officer.

The Manhattan District Attorney’s office has said that they do not yet have details of when Bickford will be arraigned. It’s unclear whether he has an attorney.

At the security area, Bickford allegedly pulled out a machete, struck one officer with the blade and another officer in the head with the handle, and then swung the blade at a third officer, who shot Bickford in the shoulder, according to the sources and the NYPD. The officers have been treated and released.

For the past two days, Bickford had been in custody and under police guard at Bellevue Hospital, where he was being treated for the gunshot wound, sources said.

Even before the attack, Bickford was on the FBI’s radar.

Bickford was interviewed by FBI agents in Maine in mid-December after he said he wanted to travel overseas to help fellow Muslims and was willing to die for his religion, according to multiple law enforcement sources.

Bickford’s mother and grandmother became increasingly concerned about his desire to travel to Afghanistan to join the Taliban and reported this to the Wells, Maine, police department out of concern for him on December 10, the sources said.

When the FBI opened its wider investigation they also placed him on a terrorist watch list, according to sources. Because the Taliban is not designated a foreign terrorist entity, planning to travel to Afghanistan to join the group does not constitute the federal crime of “attempted material support of a terrorist group.”

Multiple law enforcement sources told CNN that Bickford traveled to New York via Amtrak, so those travels would not have tripped any watch list databases.

His original destination was Miami, the sources said, but he stopped in New York and checked in at the Grand Hotel near the Bowery in Manhattan on December 29. He checked out on New Year’s Eve with all his luggage before allegedly conducting the Times Square machete attack, the sources said.

A diary that investigators believe belongs to the suspect ends with a last will and testament. According to multiple law enforcement sources, the final entry, dated December 31, begins with, “This will likely be my last entry,” and goes on to leave instructions on how to divide the author’s belongings among his family and instructions for his burial, according to sources familiar with the diary’s contents.

The diary expressed a desire to join the Taliban and was found in a bag discarded before the attack, according to sources.