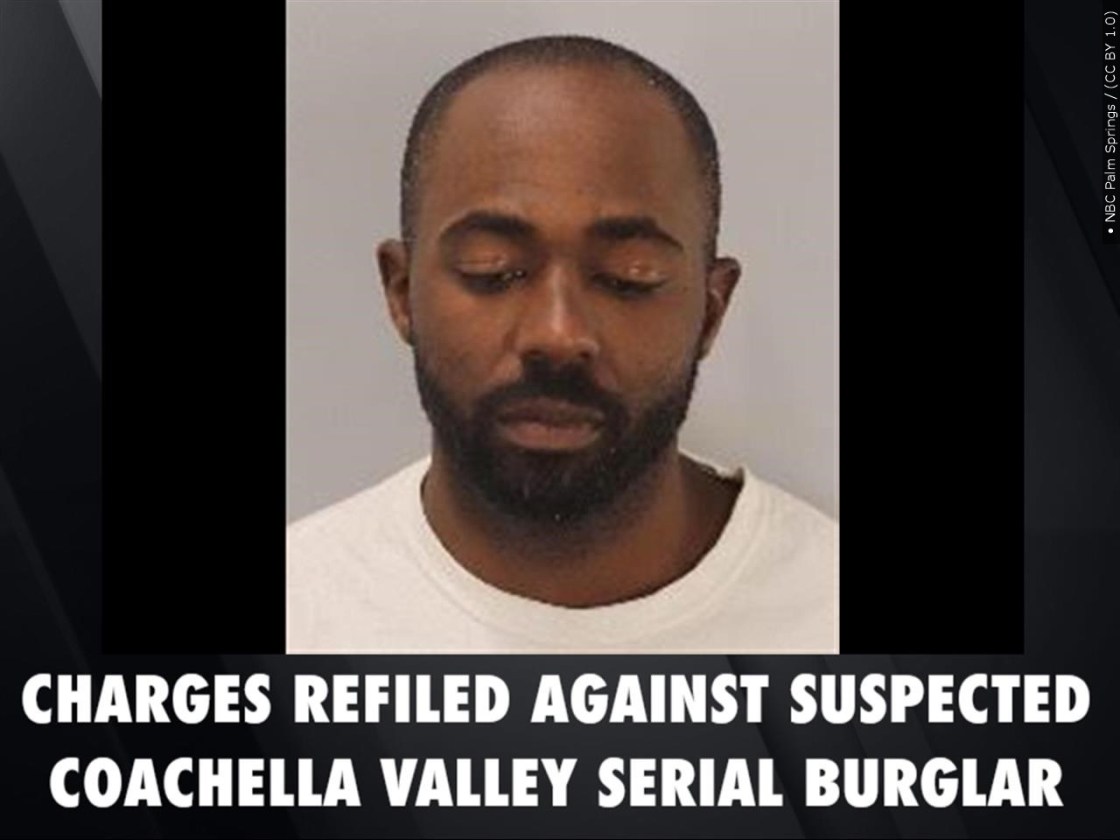 He pleaded not guilty to all charges Tuesday afternoon at the Larson Justice Center in Indio.

It was not immediately clear why the charges needed to be re-filed.

Hartwell was taken into custody April 30, 2021, hours after deputies responded to a burglary call on Via Las Flores in Rancho Mirage, according to Sgt. Christopher Ternes from the Riverside County Sheriff’s Department.

Ternes said the resident told deputies that while he was in his kitchen, he noticed a man inside his home with a flashlight, prompting him to call 911. The burglar then fled the home, hopped into a vehicle and sped away.

Deputies spotted the suspect’s vehicle about six miles away in the 300 block of North Indian Canyon Drive in Palm Springs and made a traffic stop, according to Ternes.

Investigators said they were subsequently able to link Hartwell to a dozen other residential cat burglaries and two residential burglaries that occurred in the cities of Palm Desert and Rancho Mirage since March 30, 2021.

The defendant was linked to burglaries at homes in Palm Desert located on Oakmont Drive, Augusta Drive, Amid Drive, Woodhaven Drive and Marrakesh Drive. In Rancho Mirage, Hartwell is suspected in burglaries at homes on Via Haciendas, Seville Court and Porto Cielo Court, according to court papers.

Hartwell has prior felony convictions, including burglary and robbery, according to court records.