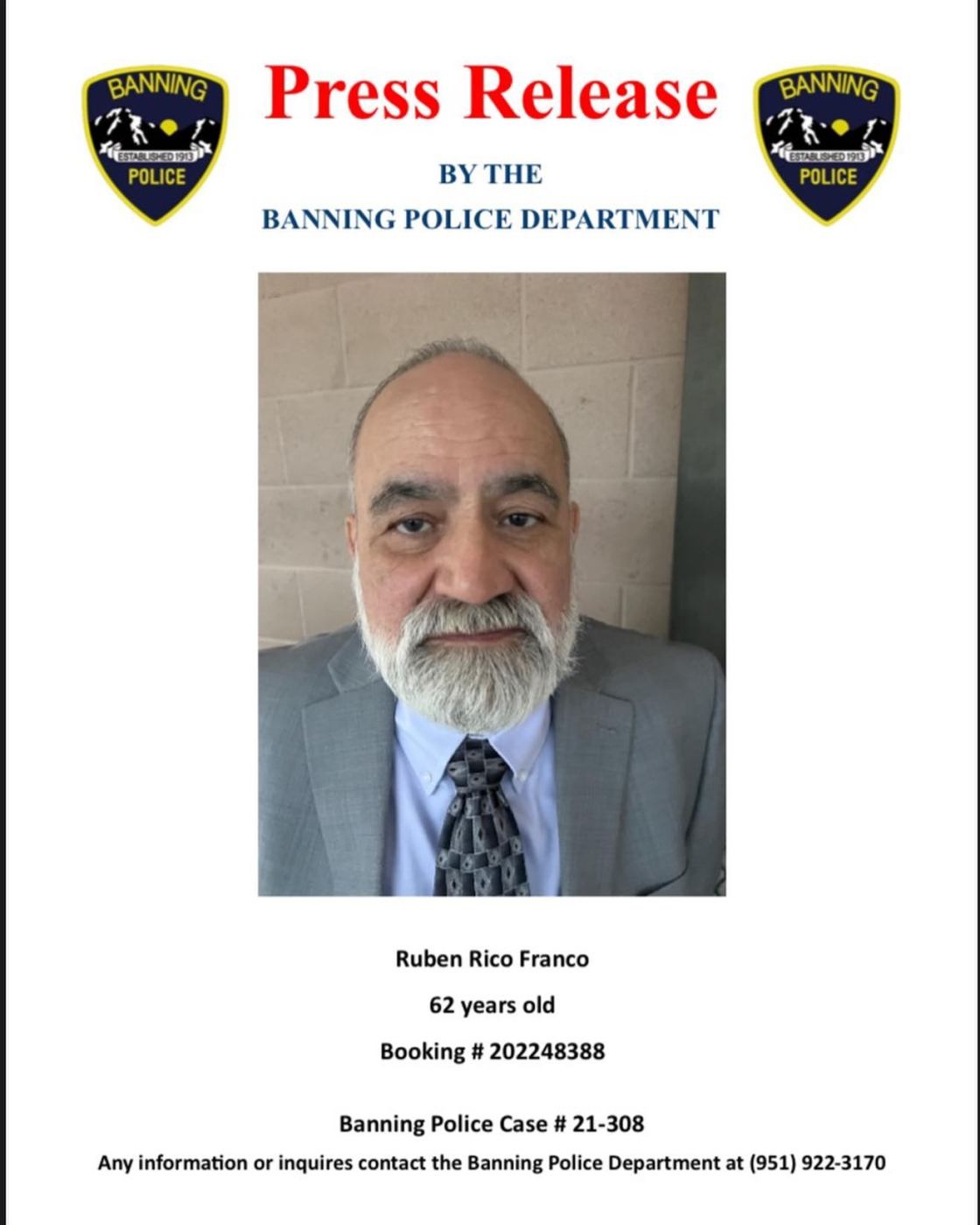 (CNS) – A former school guidance counselor in Banning accused of repeatedly sexually assaulting a female student is slated to be arraigned Friday.

Franco is charged with four counts of forcible lewd acts on a child, three counts each of oral copulation of a minor and sexual penetration of a child, and one count of unlawful sexual intercourse with a minor, also known as statutory rape.

According to investigators, the alleged sexual abuse began in 1995, when the victim, whose identity was not disclosed, was 10 years old, and continued until 1999.

The specific circumstances behind the alleged offenses were not provided, including whether they occurred on school grounds or elsewhere.

Police indicated in a statement that Franco made initial contact with the victim at the campus, which wasn’t named, and thereafter had multiple encounters with her. He was in his 30s at the time and has since retired.

The victim, now in her 30s, approached police in February 2021 to report the alleged acts.

It was unclear why the investigation did not conclude until early December 2022, when the defendant was taken into custody. The police department did not say whether there are concerns Franco might allegedly have had illicit contact with other girls.

He has no documented prior felony or misdemeanor convictions in Riverside County.