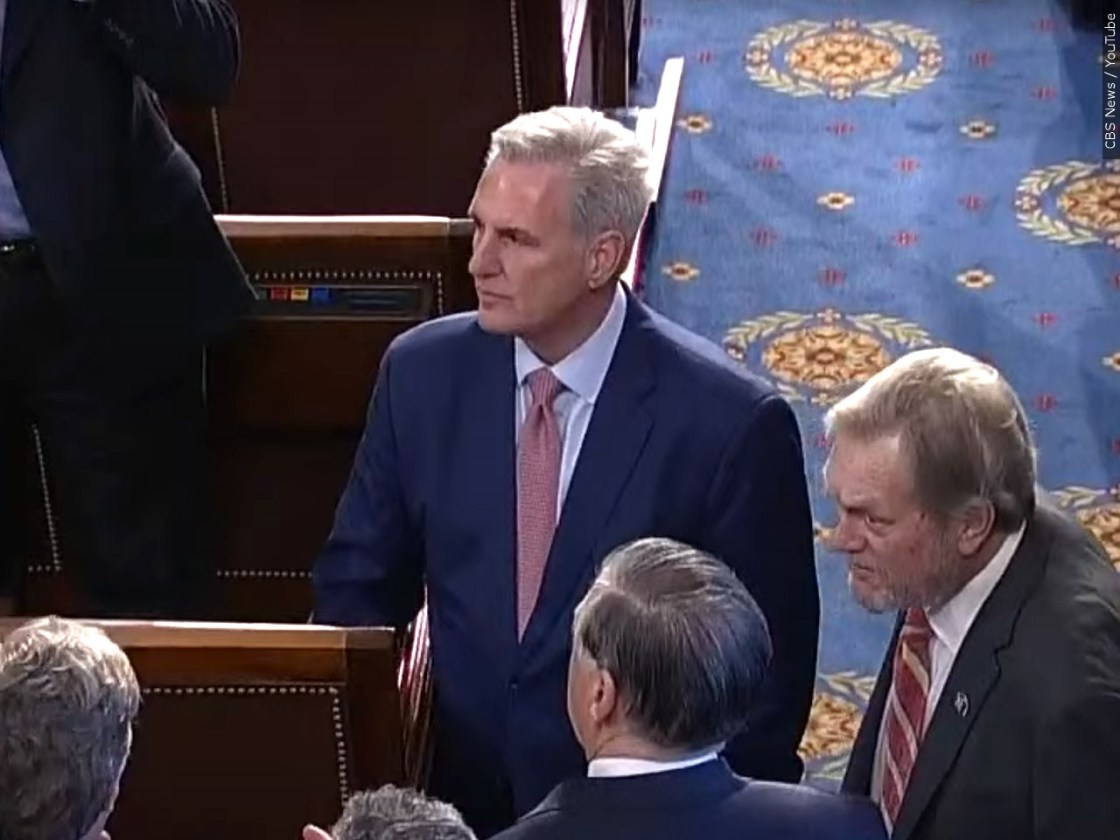 (CNN) — The new House GOP majority is locked in a chaotic once-in-a-century fight to determine who will serve as the next speaker after Republican Kevin McCarthy failed to secure the necessary support to win in three rounds of voting on Tuesday. The House is now adjourned until Wednesday at noon as Republicans scramble to find a path forward.

McCarthy faces a small but determined contingent of hardline conservatives who are intent on denying him the votes to secure the gavel. The top House Republican has defiantly vowed to stay in the race as he continues his increasingly imperiled bid for speaker. But the longer the fight drags on, the more uncertainty there is over whether he can win. The last time an election for speaker went to multiple ballots was in 1923.

The contentious, drawn out fight threatens to deepen divides among House Republicans with McCarthy’s political career on the line. And the deal-making McCarthy has engaged in to try to win over critics may mean he has a weaker hand to play in his position of authority if he does become speaker.

For now, McCarthy remains adamant he will not give up, with people close to him summing up his mentality as this: “We’re going to war,” a senior GOP source tells CNN. “Never backing down.”

The conservatives opposing McCarthy are using the leverage they have in the razor-thin Republican majority to extract concessions as they threaten to deny the GOP leader critical votes. McCarthy has already given in to a number of their demands, including making it easier to topple the sitting speaker, but it is unclear whether his efforts will be enough.

To be elected speaker, a candidate needs to win a majority of members who vote for a specific person on the House floor. That amounts to 218 votes if no member skips the vote or votes “present.”

House Republicans hold 222 seats in the new Congress — so for McCarthy to reach 218, he would only be able to afford to lose four GOP votes.

The tally for the first ballot in the speaker vote was 203 for McCarthy, with 19 Republicans voting for other candidates.

The tally for the second ballot was 203 votes for McCarthy with 19 votes for GOP Rep. Jim Jordan of Ohio. Jordan, to show that he is not vying for the job, nominated McCarthy ahead of the vote on the second ballot. That move did not deter McCarthy critics from voting for Jordan, however.

In the third round of voting, there were 202 votes for McCarthy and 20 votes for Jordan with Rep. Byron Donalds joining the 19 GOP lawmakers who had voted against McCarthy in the first two rounds.

McCarthy raised his voice and was animated as he teed off against his opponents and detailed concessions he has made, according to two sources. “I’ve earned this job,” he said.

Deal-making and division among House Republicans

After the far-right House Freedom Caucus denied his ascension to the speakership in 2015, McCarthy spent years courting the conservative wing of his party and worked hard to stay in former President Donald Trump’s good graces.

McCarthy has gotten some key backup from Trump, who publicly endorsed his speaker bid and encouraged others to support McCarthy. His congressional allies have also banded together in effort to act as a counterweight to his critics.

But when a red wave never materialized in the November midterms, the razor-thin majority that resulted for Republicans empowered a small band of conservatives — long distrustful of McCarthy — to make demands.

What has unfolded over the last two months is an all-out scramble for the speakership, which has taken the form of strategy sessions with close allies on and off Capitol Hill, intense negotiations over rules changes and non-stop phone calls with members.

McCarthy has been in deal-making mode, but if he does win the gavel, some of the concessions he has made may make it more difficult for him to stave off future challenge to his speakership.

In one change that could weaken his hand in the future, McCarthy has told lawmakers — as first reported by CNN — that he would support a threshold as low as five Republicans to trigger a vote on deposing the speaker, known as the “motion to vacate” the speaker’s chair, a major concession for him and one that moderates worry will be used as a constant cudgel over his head.

This story and headline have been updated with additional developments Tuesday.