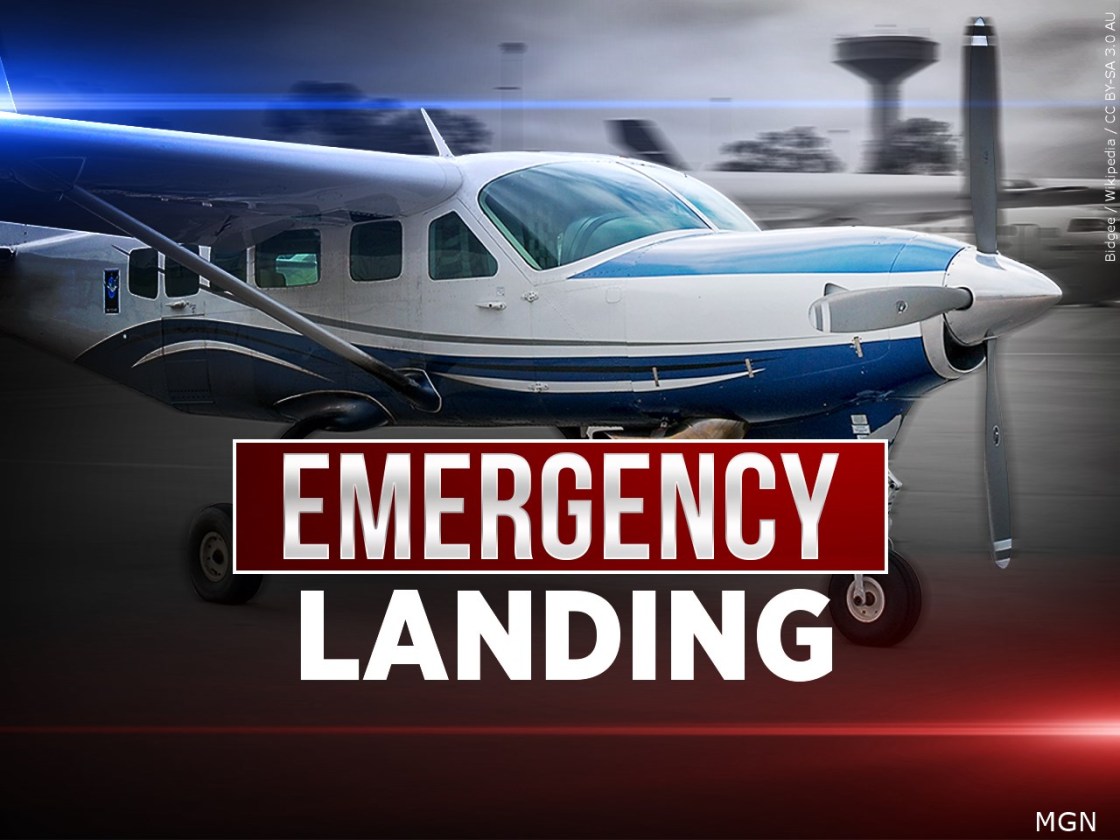 (CNN) — A teenage pilot flying a single-engine plane with several family members on board made an emergency landing near a two-lane highway in the San Bernardino National Forest in California on Monday.

“We’re coming through the pass and I hear a boom and then I lose all my engine power,” pilot Brock Peters, 18, told CNN affiliate KCBS/KCAL in an interview. He landed the plane on a frontage road in the Cajon Pass, KCBS/KCAL reports.

Peters was flying his grandmother and two cousins from Apple Valley Airport to Riverside Airport, according to KCBS/KCAL, when his engine failed and, due to the terrain, he was unable to notify a nearby airport tower.

“I can hear my grandma crying in the back,” Peters told KCBS/KCAL. “I’m like, ‘I’ve got to tune her out, focus on what I need to do and get this plane down safely and make sure everybody is OK.'”

He brought the plane down safely and no one was injured.

The FAA and NTSB will investigate.

Peters, who obtained his pilots license four months ago, told KCBS/KCAL that he plans to be back in the cockpit next week.