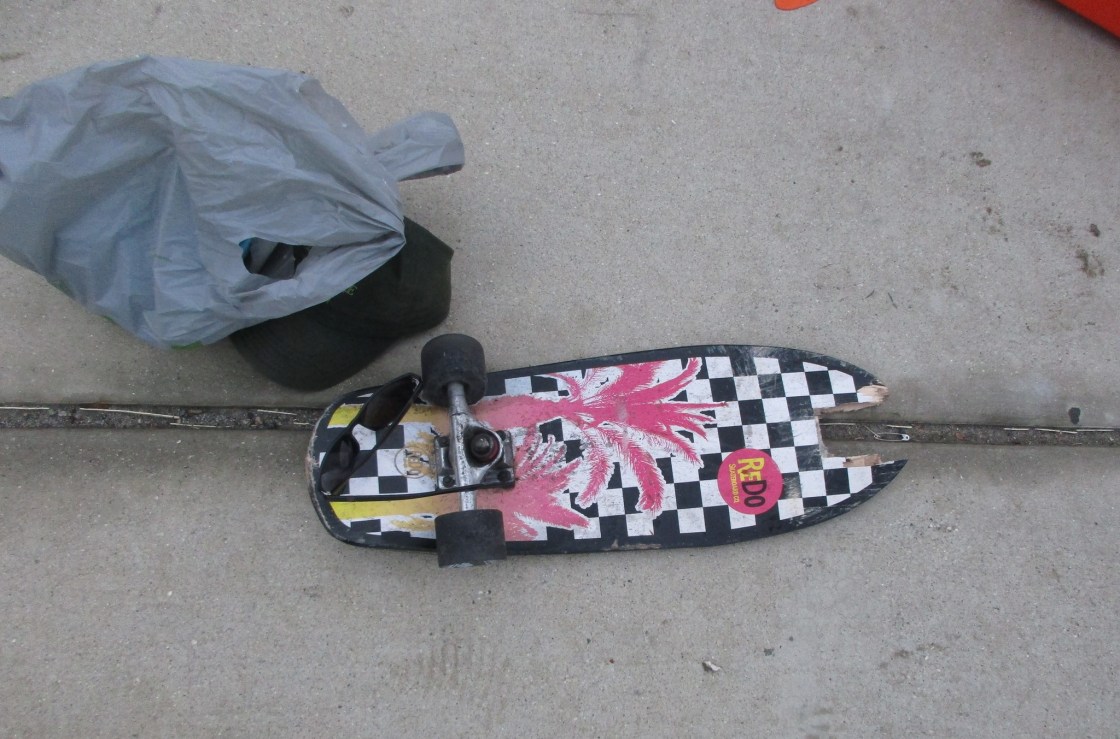 (CNS) – A 26-year-old skateboarder sustained major injuries Thursday when he was struck by a hit-and-run driver, and police asked for public help finding the motorist.

The skateboarder was heading northbound, against traffic, and was “on his cell phone” on El Cielo Road just before 8:30 a.m., according to the Palm Springs Police Department.

Police said the skateboarder was taken to a hospital with “major injuries” to an arm and leg.

Police described the vehicle that struck him as a white, four-door Ford Fusion with a sunroof, chrome rims, and rear tinted windows. The vehicle should also have damage to the passenger-side headlight and front fender, as well as a missing mirror.

Anyone with information on the collision or the driver was asked to call the police department’s traffic division at 760-323-8125 or Crime Stoppers anonymously at 760-347-7867 (STOP).