Another Round of Winter Weather to Envelop Inland Region 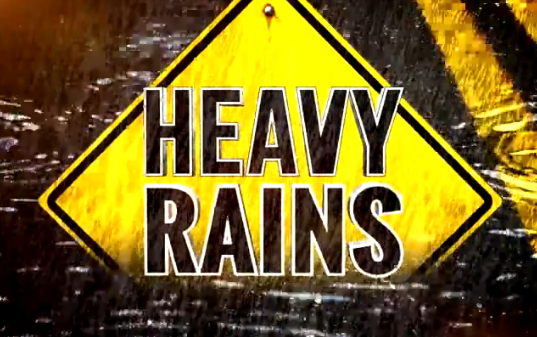 (CNS) – Bands of heavy rain are forecast across the Inland Empire Monday evening and through Tuesday as another winter storm rolls in from the Pacific Northwest, bringing with it the threat of flash flooding.

“The rain will spread southward and become locally heavy at times for late tonight into Tuesday, with the heaviest rainfall on south-facing mountain slopes,” according to the National Weather Service. “Another area of more convective precipitation may spread … across the area Tuesday afternoon and evening.”

A Flash Flood Watch is in effect region-wide from Monday night to Tuesday night.

The Riverside County Fire Department posted an advisory, reminding motorists to “never underestimate the power of water,” and to turn around whenever they encounter fast-moving streams or deep pools of standing water on roadways.

The latest storm is a sequel to last week’s and follows a string of disturbances over the preceding month that have been propelled by an “atmospheric river” directed by a powerful jet stream that has dipped well to the south, according to meteorologists.

The NWS said that up to a half-inch of rain is expected in the Riverside metropolitan area Monday night, with up to three-quarters of an inch possible Tuesday. Scattered thunderstorms are also in the forecast Tuesday.

The same precipitation totals are forecast for the Temecula Valley, though the Coachella Valley is likely to receive less than a half-inch for the duration of the inclement weather, forecasters said.

The possibility of appreciable snowfall is low in the mountain communities and along Highway 243, according to the Weather Service.

Temperatures will climb into the latter part of the week, topping out in the low 70s for Thursday and Friday in Riverside metro and southwest Riverside County, with similar conditions in the eastern half of the county.

Another chance of rain is in the forecast for the weekend.