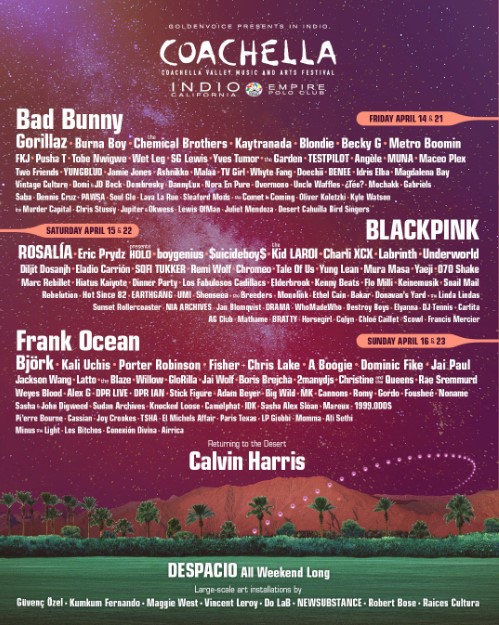 Goldenvoice released their official line up for the world renowned Coachella Valley Music and Arts Festival.

It features Bad Bunny headlining on Friday. The all female K-Pop group BLACKPINK is the Saturday headliner, and they will be the first ever K-Pop headliners for the festival. On Sunday the festival is wrapping it up with alternative R&B crooner Frank Ocean.

There are also several big acts playing both festival weekends such as Burna Boy, Bjork, Kaytranada, Charli XCX, Earthgang, Latto, Kali Uchis, Idris Elba a.k.a. DJ Dris and many others.

Ticket information can be found at coachella.com.

Presale for weekend passes will officially start at 11 a.m. Friday.