As U.S. unemployment improved, it worsened for Latinos and Black women 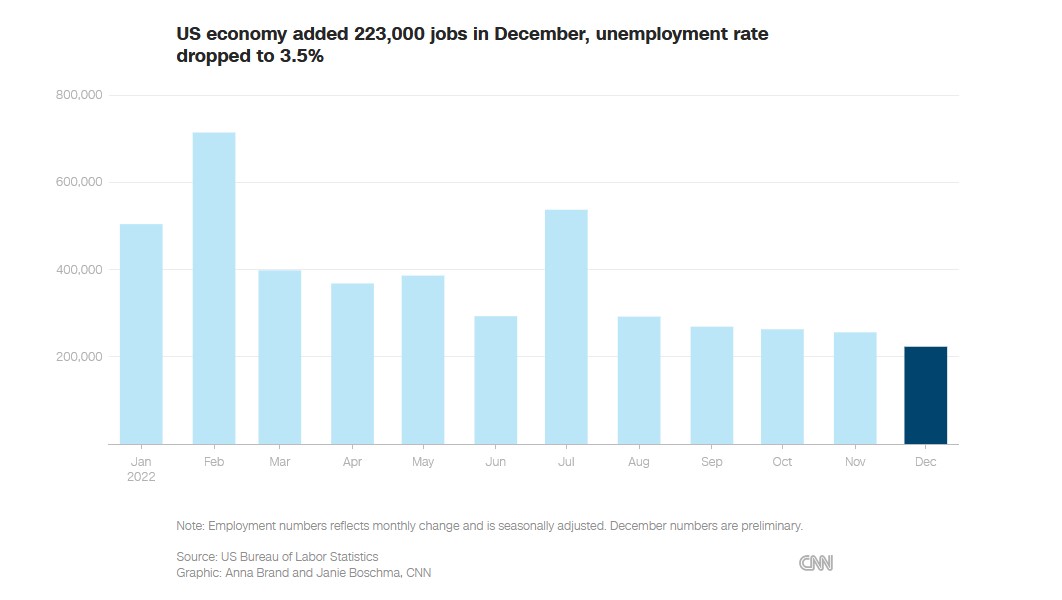 (CNN) — The US unemployment rate returned to a historic low of 3.5% in December. Not everyone is celebrating, however: Jobless rates for Black women and Latino men still haven’t recovered fully from the pandemic.

The unemployment rate for Black women aged 20 years and older rose to 5.5% in December, from 5.2% in November, according to the Bureau of Labor Statistics. It was 4.8% in February 2020, the month before Covid lockdowns rocked the US economy.

But for many other demographics, unemployment is lower or the same now as it was before the pandemic. For White women 20 years and older, the rate was 2.8% in December. The jobless rate was around 2.5% for Asians, 3% for Whites, and 4% for Latinos, according to the BLS.

There are several reasons for the rise in unemployment for Black women and Latinos, said Kate Bahn, chief economist at the Washington Center for Equitable Growth, a nonprofit research and grantmaking organization.

Chief among those are the lingering effects of the pandemic, occupational segregation that crowds people of color in low-paying jobs, and women’s caregiving responsibilities within families???

“We’ve had a really remarkable recovery, but it appears as though Black women …we know they lost the most initially for a variety of reasons … have not yet recovered the same way other groups of workers have,” Bahn told CNN.

“What we saw was Black women were in this truly impossible position of being primary caregivers in families while working jobs that were hit (some of) the hardest in the pandemic,” Bahn said, noting that the retail, hospitality and health care sectors were disproportionately impacted by job loss and job risk.

Leisure and hospitality lost more than 8.2 million jobs at the outset of the pandemic, nearly half of the sector’s total employment in February 2020. During the past two years, those jobs have come back, but the sector is still nearly 5.5% below pre-pandemic employment levels, according to BLS data.

The government’s current response to inflation may also be playing a role in rising unemployment for Latino men and Black women, Bahn said.

“Cooling the economy, the way the Fed is intentionally doing to mitigate inflation, it’s going to be those marginalized workers or workers with the least power who will lose initially,” she said. “So that might be some of what we’re seeing there as well.”

Hispanic workers are still trying to recover from early in the pandemic, when they suffered the highest unemployment rates on record. In April 2020, the Hispanic unemployment rate shot up to 18.1% after hovering at around 4% pre-pandemic, BLS data shows.

Latinos and Black workers are also up against structural racism and implicit bias, Bahn added, noting that “even people who may not hold racist beliefs will ultimately replicate racist outcomes.”

Employers are less likely to make job offers to Black people, Bahn said. And when they do, the money on the table is often lower. In addition, when company downsizing happens, Black employees are more likely to be laid off, she said.

“These things sort of all intersect with each other and just lead to, generally speaking, higher barriers to economic security for Black workers,” she said.