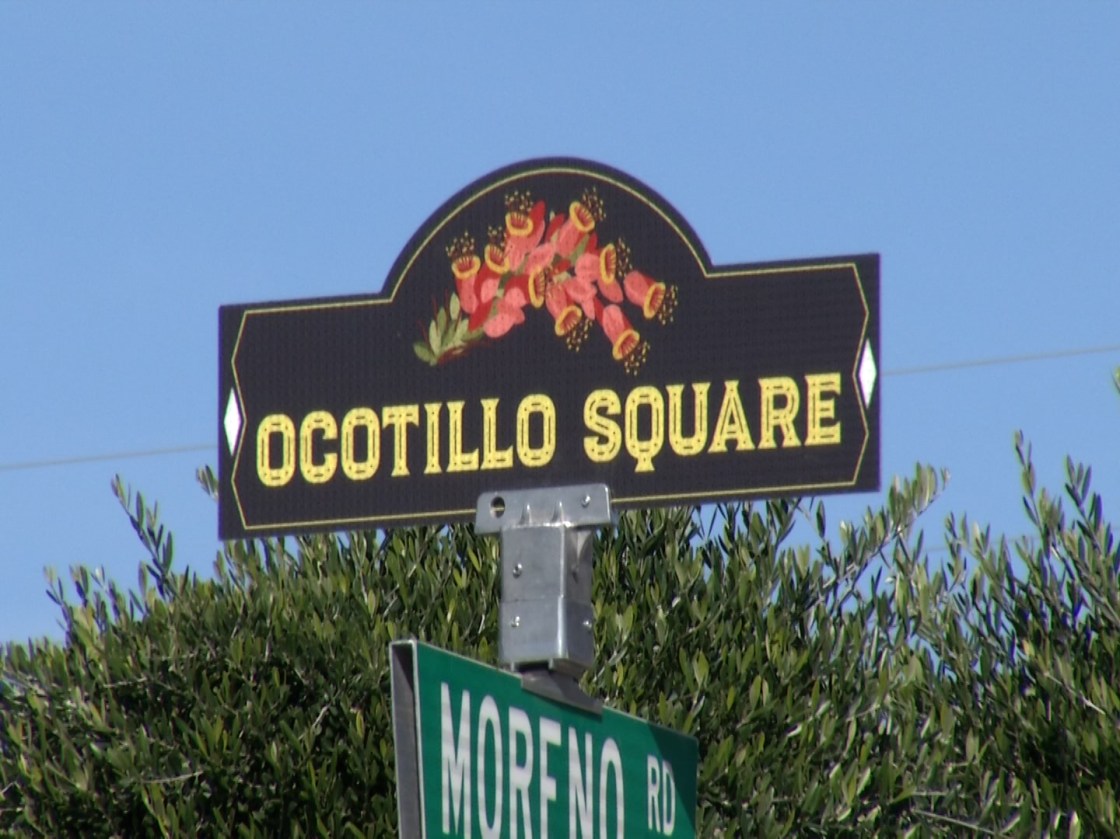 Dozens were in attendance for the unveiling of the Ocotillo Square street sign toppers and neighborhood naming in Cathedral City Wednesday.

Mayor Rita Lamb, Council Member Nancy Ross, the artist Barbara Swain, commissioners, and residents arrived to the intersection of Moreno and Ocotillo Roads to celebrate the official naming of the neighborhood.

Previously, locals called the area “The Mile,” “The Square Mile,” and even “South City.”

However, in April of 2022, District 2 City Councilmember Nancy Ross initiated a couple of neighborhood meetings which allowed the residents to choose a name that resonated with the community they felt they were.

“They elevate a sense of place, a since of belonging, a sense of comradery, and what more can any city council member do for their neighborhood than bring that,” said Nancy Ross, District 2 City Councilmember.

Months later students from Cathedral City High School also went into the community seeking information about the idea of a sign topper with the chosen name.

According to the city, 96% of the households interviewed supported the idea in October of 2022.

“We had total buy in,” said Ross. “I couldn’t be more happier for the success of the project and the residents of the community.”

Of the four designs created by artist Barbara Swain, 3 were brought to the Cathedral City Arts commission to choose from.

The winning design shows the Ocotillo Square words in a deep pale yellow Luchador typeface. There is an ocotillo bloom with pink, red, and yellow coloring arching over the neighborhood name, which is contained within the same pale yellow outlining framed to the left and right by white elongated diamonds on top of a black background.

There are 21 toppers placed on street signs throughout the community. The locations of the street toppers will become available at cathedralcity.gov.