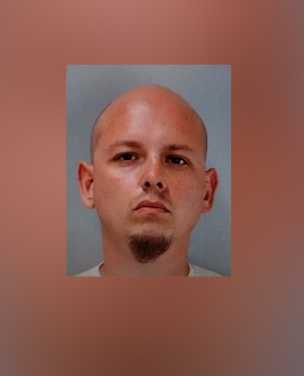 (CNS) – A pretrial hearing is slated before the end of this week ahead of jury selection for the trial of a 33-year-old Orange County man accused of hitting an Indio police officer with his pickup and leading law enforcement on a brief chase that began near the Coachella Music & Arts Festival.

Michael Anthony Berber of Fountain Valley is charged with assault with a deadly weapon on a peace officer and kidnapping, as well as misdemeanor counts of resisting arrest and evading law enforcement, with sentence-enhancing allegations of engaging in violent conduct and being armed with a deadly weapon in the commission of a felony.

Berber’s case had been centered at the Larson Justice Center in Indio, but due to jammed dockets, it was transferred to the Riverside Hall of Justice, where Riverside County Superior Court Judge Timothy Hollenhorst on Wednesday was looking for a courtroom to assign the matter for pretrial proceedings.

In the meantime, the defendant was relocated from the Benoit Detention Center in Indio to the Robert Presley Jail in Riverside, where he’s being held in lieu of $500,000 bail.

According to the Indio Police Department, on the night of last April 16, Berber was driving a few blocks north of the Empire Polo Club, where the annual fest is held, when he allegedly ignored traffic controls, prompting a patrolman to try to detain him in the area of Avenue 48 and Calle Conejo.

Berber disregarded the officer’s orders, and according to the criminal complaint, he allegedly grabbed the lawman, Officer Viktor Custic, and briefly held him, resulting in the kidnapping charge.

In the ensuing struggle, the defendant allegedly struck Custic with his 2010 Chevrolet Silverado, according to court papers.

“The suspect fled westbound on Avenue 48 and then northbound on Jefferson Street, while being pursued by Indio police,” according to an IPD statement. “Once the suspect merged onto westbound Interstate 10, the California Highway Patrol took control of the vehicle pursuit with the assistance of Indio PD.”

Berber stopped a short time later at the intersection of Monterrey Avenue and Varner Road in neighboring Thousand Palms, where he was taken into custody without further incident, according to police.

He was not injured.

Custic was treated at a hospital for non-life-threatening injuries, from which he fully recovered.

Berber has no documented prior felony convictions in Riverside County. However, court records show he has an unresolved armed robbery case from 2021 pending resolution.