New home construction in the US fell in December 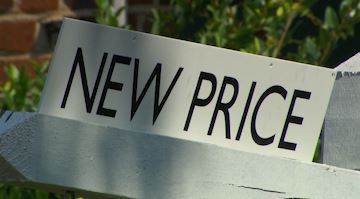 (CNN) — US home building fell in December, as the housing market continued to slow.

December housing starts, a measure of new home construction, dropped by 1.4% from November, and were down 21.8% from a year ago, according to data released Thursday by the Census Bureau.

But after mortgage rates declined modestly in December, builders have begun to feel more optimistic that conditions may improve in 2023.

Housing starts had big drops in May and July last year, when rising mortgage rates pushed many prospective home buyers to the sidelines. Starts bounced back slightly in August, but have been falling since then.

Building permits, which track the number of new housing units granted permits, also fell in December, down 1.6% from the revised November rate, and were down 29.9% from a year ago.

“The combination of slightly reduced mortgage rates and discounts and specials on for-sale pricing may bring more buyers to the market, especially after the historically slow holiday season is over — and as spring buying season approaches,” said Kelly Mangold of RCLCO Real Estate Consulting. “Inflation is also beginning to decline, and the job market remains relatively strong — so it will be interesting to track how the housing market continues to react in the early part of 2023.”

Separately, a survey released Wednesday found home builder confidence rose for the first time in a year. But while builders continue to face headwinds with the high cost of construction, supply chain disruptions and challenging affordability conditions for buyers, the data suggests the worst may be over for the market, said Jerry Konter, NAHB chairman.

“The rise in builder sentiment means that cycle lows for permits and starts are likely near, and a rebound for home building could be underway later in 2023,” he said.