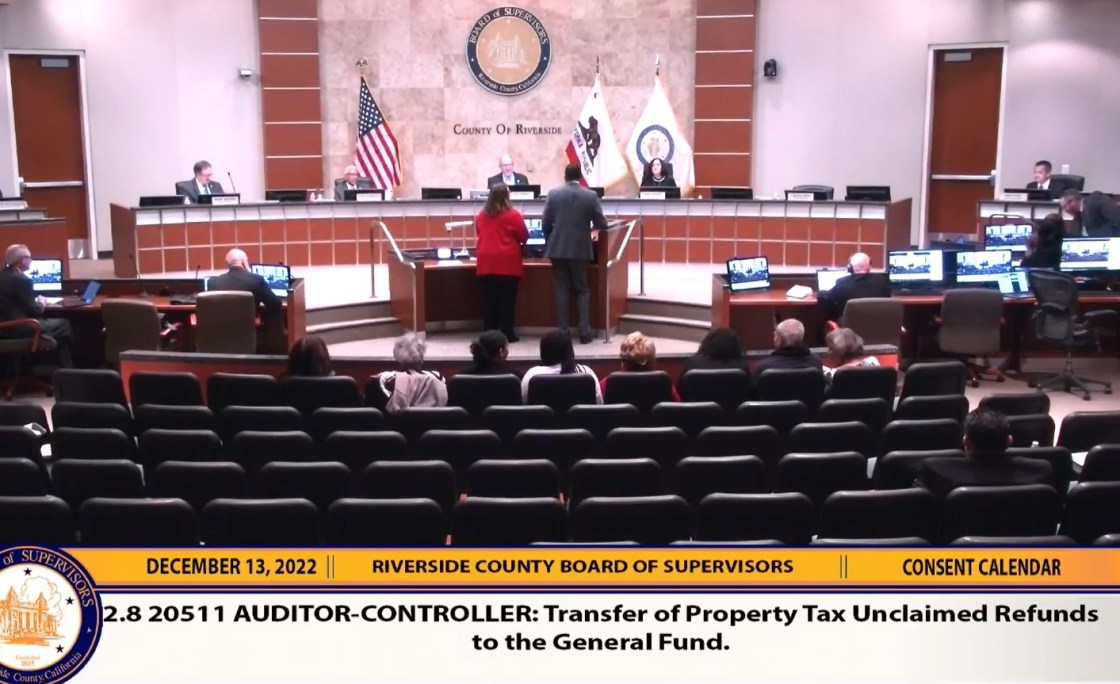 (CNS) – The Board of Supervisors Tuesday will consider whether to order a report aimed at identifying solutions to the ongoing cascade of court dismissals in Riverside County, and whether to make a pointed request to the state’s chief justice to meet with county officials to emphasize the deficit of judicial resources.

“Mass case dismissals deny victims of crime their right to be heard, fail to hold the guilty accountable or exonerate the innocent, and potentially put the public at greater risk,” according to a joint proposal by board Chairman Kevin Jeffries and Supervisor Karen Spiegel. “These dismissals are simply the latest evidence of a criminal justice system that has exceeded its capacity.”

Under Jeffries’ and Spiegel’s proposal, the Executive Office would be directed to join with the District Attorney’s Office, the Office of the Public Defender, the Department of Probation, the Sheriff’s Department and the Superior Court Executive Office to compose a report underscoring the shortcomings that have precipitated the avalanche of case dismissals and what near- and far-term measures might be applied to fix the conundrum.

Jeffries and Spiegel are seeking unanimous consent to require the EO to gather the facts and report back in 45 days, as well as authorize Jeffries to send a letter requesting that the state’s Supreme Court chief justice, Patricia Guerrero, visit the county as soon as possible to discuss options for resolving the crisis.

Lastly, the two supervisors desire that the board co-sponsor legislation advanced by Sen. Richard Roth, D-Riverside, to increase the number of judicial positions under a revised assignment formula that captures the reality of the county’s growth and public safety needs.

Roth’s proposal is Senate Bill 75, and it replicates measures that he’s introduced in the past.

“As often cited by local law enforcement professionals, our county remains one of the safest large counties in the state,” according to the supervisors’ proposal. “Despite our efforts to date, more can be done.”

As of last week, 1,371 criminal cases had been booted by judges countywide since the second week of October, according to the District Attorney’s Office.

Figures indicated that 93% of vacated cases have been misdemeanor filings. DUIs accounted for the highest number of dismissals at 36%, followed by domestic violence complaints at 26%. Assault filings made up about 5%, and sex crimes were near the bottom at 2%, according to data.

The dismissal binge began on Oct. 10. Most of the cases were added to dockets during the public health lockdowns, when courts suspended many operations under emergency orders from the California Office of the Chief Justice.

Judges have been generally citing lack of available courtroom space for trials as the main reason for the dismissals.

District Attorney Mike Hestrin questioned the legitimacy of basing dismissals on a deficit of judicial resources, given that “this has been the case as far back as anyone can remember.”