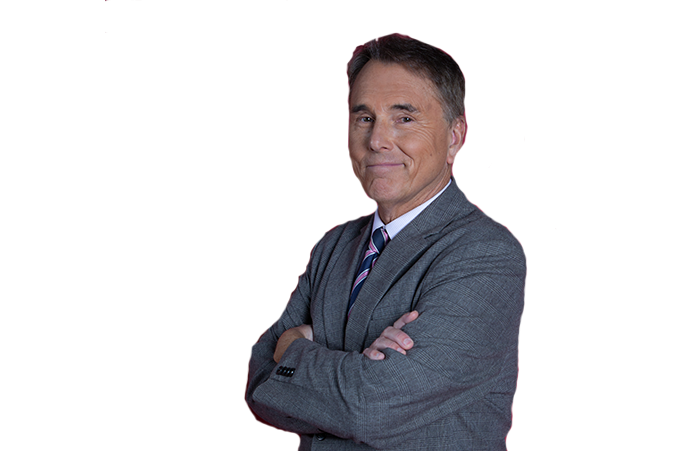 From blizzards to hurricanes and now, earthquakes!

A Wisconsin native, Jerry Steffen spent most of his professional career at WKMG-TV in Orlando before relocating to the Coachella Valley in December, 2009.

A student of the University of Wisconsin system and a Madison Media grad, Jerry fine tuned his meteorology skills at Embry-Riddle Aeronautical University.

“When you’re following the weather in Florida, you’ll notice that there’s almost always something going on from frequent and sudden afternoon thunderstorms to long and very dry red-flag conditions.”

Jerry, who has always been fascinated by weather, was part of the team covering the 2004 hurricane season when four major storms and hurricanes moved through the Sunshine State.

During most of his adult life, Jerry has worked TV and radio concurrently. In fact, he’s been honored with “Billboard Radio Station of the Year” awards for best national on-air staff, twice.

A big fan of popular music, Jerry was once a freelance writer for Billboard Magazine’s line of Record Research music books. As a radio programmer, he won several dozen gold and platinum music awards for helping break songs from acts like Janet Jackson, Alanis Morissette, Bruce Springsteen and the Beastie Boys. And through his many years on radio and TV, Jerry has had the pleasure of interviewing celebrities such as Arnold Schwarzenegger, Rob Thomas, Demi Moore, Paul McCartney, Charlie Sheen, Cyndi Lauper, Andre Agassi, Roger McGuinn, Jon Stewart and others.

Jerry is very happy to be out West.

“Being a big fan of abundant sunshine and the Coachella Music Festival made relocating to Southern California a no-brainer!”