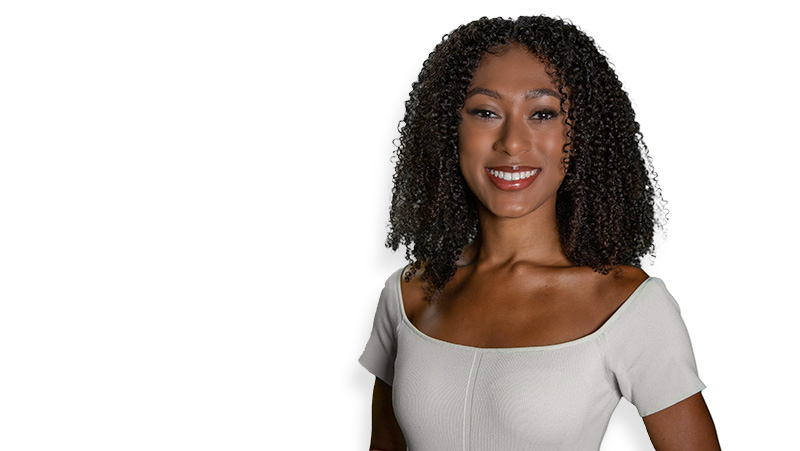 Kamari Esquerra joined NBC Palm Springs in July of 2021. A Texas native, Kamari is an alumna of The University of Texas at Austin (Hook ‘Em Horns!) with degrees in Journalism and Radio-TV-Film.

Although fresh, Kamari’s career thus far has been nothing short of extraordinary. Kamari is the former host of “A Dose of Kamari” radio show on KRGN 98.5 FM in Central Texas, a one-woman show where she discussed all things politics, sports and entertainment and featured weekly special guest conversations surrounding timely topics and pressing issues. During the summer of her sophomore year of college, Kamari studied abroad in London, where she had the opportunity to create a documentary short film highlighting the artistry of a British-Iranian refugee.

In the spring of 2020, Kamari spent a semester living and working in Los Angeles, and served as a production intern at ABC News Network- her dream internship. As an intern at ABC News, Kamari had the incredible opportunity to attend the 92nd Annual Academy Awards- one of her proudest achievements. Prior to coming to NBC Palm Springs, Kamari worked as a news intern at CBS Austin, digital producer intern at ABC13 Houston, and public affairs and real estate intern at BerlinRosen in New York City.

Along with journalism, Kamari is passionate about singing. She is no stranger to the stage, performing in dozens of talent shows, plays, and musicals from a young age in the Central Texas area and beyond. At her core, Kamari is a multifaceted storyteller- both as a reporter and as a singer. Through her work, Kamari hopes to inspire, influence, and impact the lives of others in a meaningful way.

Although she is a proud Texan, Kamari considers herself a California girl at heart. She is so grateful to be in the beautiful Coachella Valley.

Have a story idea? Send her an email at kamari.esquerra@entravision.com