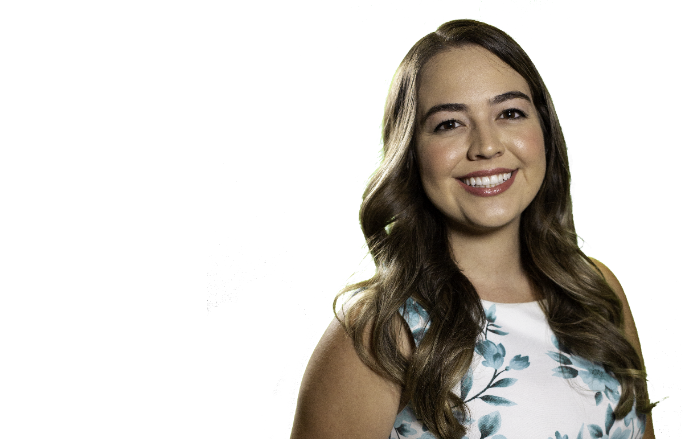 Regina Yurrita was born and raised in the greater Los Angeles area and joined NBC Palm Springs in May of 2019. She graduated from Cal State Fullerton where she earned a bachelor’s degree in communications, emphasis in broadcast journalism.

During her college years she was part of the school’s English and Spanish newscasts where she was able to anchor and report on stories happening on campus and in Orange County. She later became the executive producer for the spanish newscast, Al Día, where she was able to report and anchor at the Mexico-United States border for an English edition of the show. And has recently been nominated for a Student Emmy for this piece.

While juggling school, Regina also interned for ABC News, NBC LA and Univision LA where she was able to write and pitch stories for these stations. Where her story on juvenile recidivism in the LA County was featured for Univision.
With the help of these internships, she was able to learn that breaking news and politics are what interest her the most.
In her free-time you will find Regina at local coffee shops, exploring new places traveling and spending time with her family.
Regina has a strong passion for story-telling and is proud to be covering stories that are primarily, but not limited to the eastern Coachella Valley.