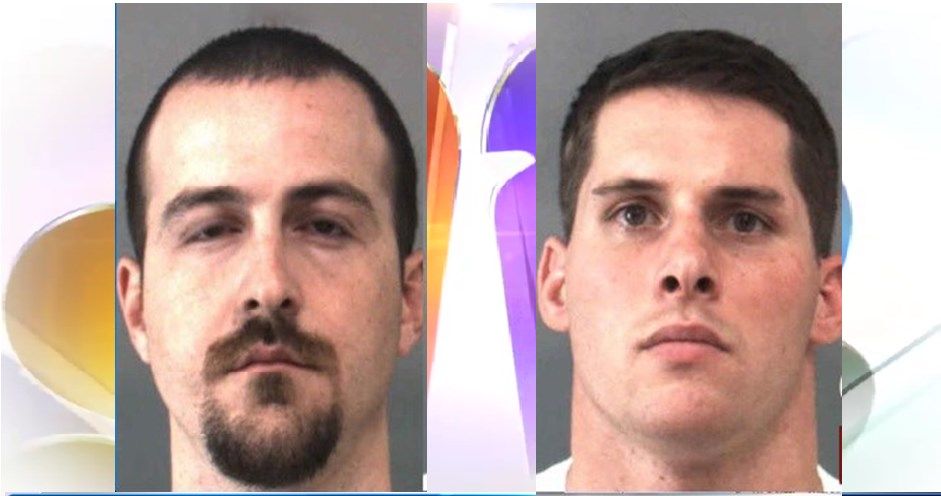 They are scheduled to return to the Larson Justice Center in Indio on Friday for a felony settlement conference.

Pape and Smith are accused of killing 53-year-old Vicki Friedli, her boyfriend, 55-year-old Jon Hayward, and her 18-year-old daughter, Becky Friedl, at their home in the 68000 block of Alpine Drive, a remote area just south of Palm Springs, on Sept. 17, 2006.

Riverside County firefighters were called to the Pinyon Pines property shortly before 10 p.m. following 911 reports of a house fire and discovered Becky Friedl’s remains in a wheelbarrow 70 feet from the burning structure. She had been set ablaze, and a cause of death was never determined.

After crews doused the fire, they found the badly burned remains of Vicki Friedl and Hayward in the house. Both had been shot.

Pape, who dated Becky Friedli prior to the killings, was brought in for questioning, along with Smith.

Both men told investigators that they had spent the night of the murders in Cathedral City, but Smith said that Pape had been invited by Friedli to go hiking on Sept.17, but that Pape declined.

A sheriff’s declaration states that Smith told investigators that the hiking invitation was “probably some ploy with her trying to….rub some boyfriend in his face.”

Pape and Smith were previously charged with the killings, but charges were dropped in 2014 after problems arose during grand jury proceedings.

Pape was re-arrested on June 10 during a traffic stop in Cathedral City, while Smith, a former U.S. Army Ranger, was arrested in Sacramento and
transferred to Riverside County a week later.

New evidence emerged following an exhaustive 16-month investigation, which included a cell tower analysis that placed Pape and Smith in Pinyon Pines
during the time of the murder, according to a declaration in support of an arrest warrant prepared by sheriff’s Investigator Lester Harvey.

The declaration also references phone calls between Pape and his girlfriend regarding an unregistered gun that may have been used to commit the
murders, and a statement from an anonymous informant indicating Smith’s alleged admission to setting a fire.

Pape and Smith told investigators they were in Cathedral City when the murders were committed, but a forensic analysis of cell phone tower data shows
the men were on Monterrey Avenue, heading southbound toward Pinyon Pines, the scene of the killings, according to the court document.

According to Harvey, Pape discussed two guns registered under Honiker’s name, as well as a “22” handgun that would “never be registered.”Investigators determined that a Glock, model 22, .40-caliber pistol was among a short list of weapons potentially used in the killings.

In 2011, an anonymous person called the Sheriff’s Department and alleged that in 2007, he or she overheard Smith discussing the fire and was admonished by Smith to not discuss it further. The anonymous person cut off contact with investigators over safety concerns, according to Harvey.

Investigators identified and located the informant in May 2016, and have been provided with a voluntary statement pointing to Smith’s involvement with the fire, according to the court document.

According to the declaration, Smith told the informant, “Something went wrong and we torched the whole (expletive) place.”

The informant also told investigators that Smith said, “You don’t need to be in the military to kill someone.”

Pape, who’s being held without bail at the Robert Presley Jail in Riverside, could face the death penalty if convicted. Because Smith was a juvenile at the time of the slayings, he would face life in prison without the possibility of parole if found guilty.

The defendants were first charged in March 2014, but after the case went to the grand jury six months later, then-District Attorney Paul Zellerbach decided to abandon it, citing unforeseen challenges.

Attorneys for Pape and Smith blasted the prosecution, saying its evidence was riddled with holes, forcing the District Attorney’s Office to compensate by presenting a “misleading and deceptive” narrative of what allegedly transpired on the night of Sept. 17, 2006.

Zellerbach was subpoenaed by the defense to testify at an evidentiary hearing, but before it reached that stage, the charges were abruptly dropped. The outgoing D.A. said he felt confident they would re-filed following additional investigation.