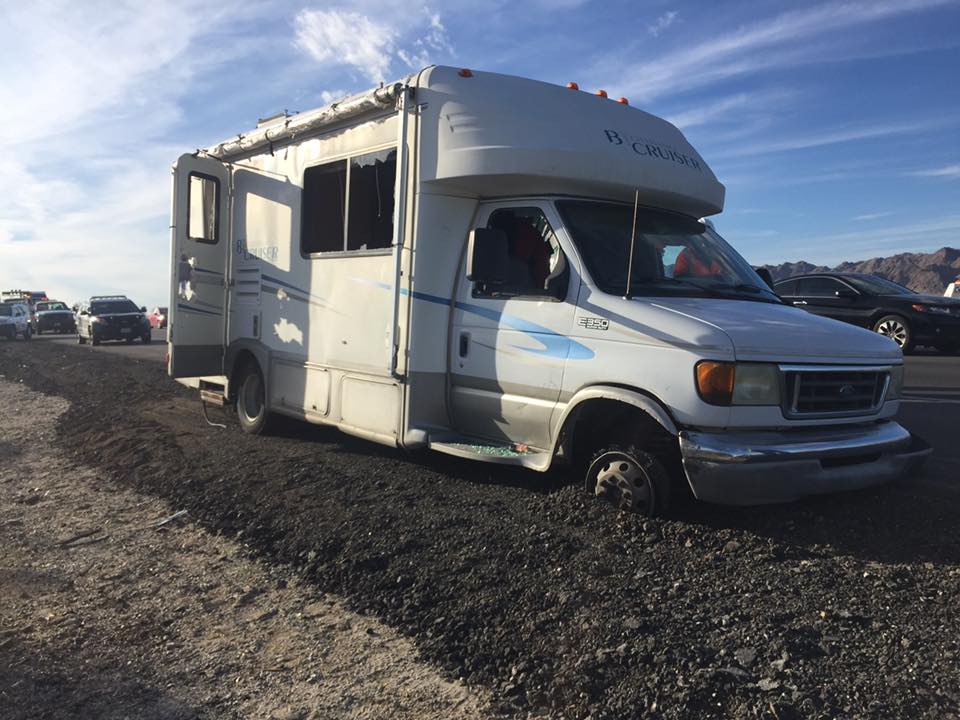 It began around 9:00 Saturday morning when CHP officers responded to reports of reckless driver in Cabazon.

The suspect failed to pull over for police and a chase began.

The pursuit ended over 86 miles away, just west of Eagle Mountain Road near Desert Center.

The suspect barricaded herself in the motor home and a standoff with police began. Eastbound lanes of the 10 freeway were shut down.

Officers eventually entered to motor home and arrested Sortino for failure to yield to police.

No one was hit during the incident; alcohol and drugs were not a factor.

All lanes have since reopened. The 2003 Gulf Stream Motor Home has been towed away; many glass windows shattered.