Law Will Keep Bump and Grind Closed for Baby Bighorns 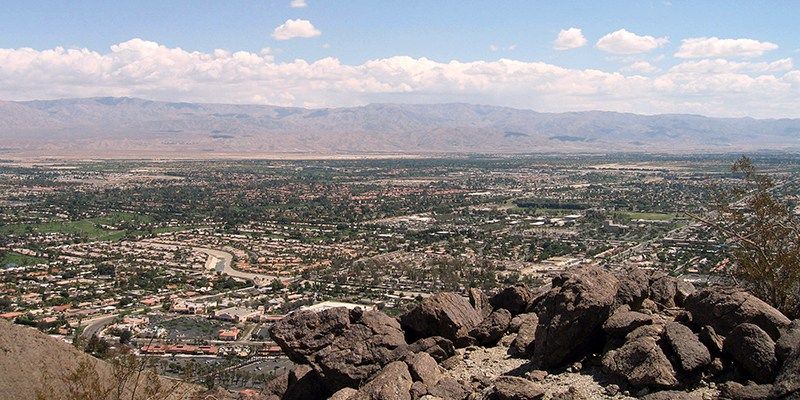 This is peak season for bighorn ewes to have babies. That’s why the top of Mirage Trail better known as the bump and grind is off limits to hikers from February to May for lambing.

"This is when most of the lambs are born … we don’t want them to impact the ewe lambs the ewes and the lambs," says Eddy Konno, senior environmental scientist with the California Department of Fish and Wildlife.

The state purchased the land to protect the endangered bighorn sheep, it’s part of the Magnesia Spring Ecological Reserve. Until two years ago the top was closed year round.

Back in 2007 we built new trails … to make the Bump and Grind trail into a loop in order to offset the impacts of that we tried to close the upper portion above the gate that didn’t work and so this is a compromise." says Konno.

Governor Jerry Brown signed legislation for it to be open for nine months out of the year, it’s set to expire but a new bill would make that permanent.

But hikers love the bump and grind trail.

"We made it all the way up to the top it was fantastic we loved it," says Megan Douglas, who is visiting from Canada."

Some, like Mario Horvath think it’s unnecessary for the trail to close at all, "The bighorn sheep go wherever they want to go … they’re not confined to the area that they’re trying to keep them in … I think it should be open all the time it should be for the enjoyment of everybody  including the sheep," adding that because he loves the outdoors, he hikes the trail often and prefers it to the gym.

But others say closing it for three months to protect the bighorn lambs is reasonable.

"I think the way it’s set up right now is good for the three months but I don’t think they should close it year round," says Smith.

"If it’s just for a short amount of time every year that would be okay but in terms of closing it permanently that would be a real shame," says Douglas.

Hikers and Fish and Wildlife say many don’t respect the closed signs and hike past the gate where it’s closed for the endangered sheep.

Konno says they’ve recently replaced the lock to the top of the gate that was broken and in the process of replacing the closed signs that were defaced with graffiti. He asks people respect the rules of the trails to allow the bighorn sheep and the little lambs their space.