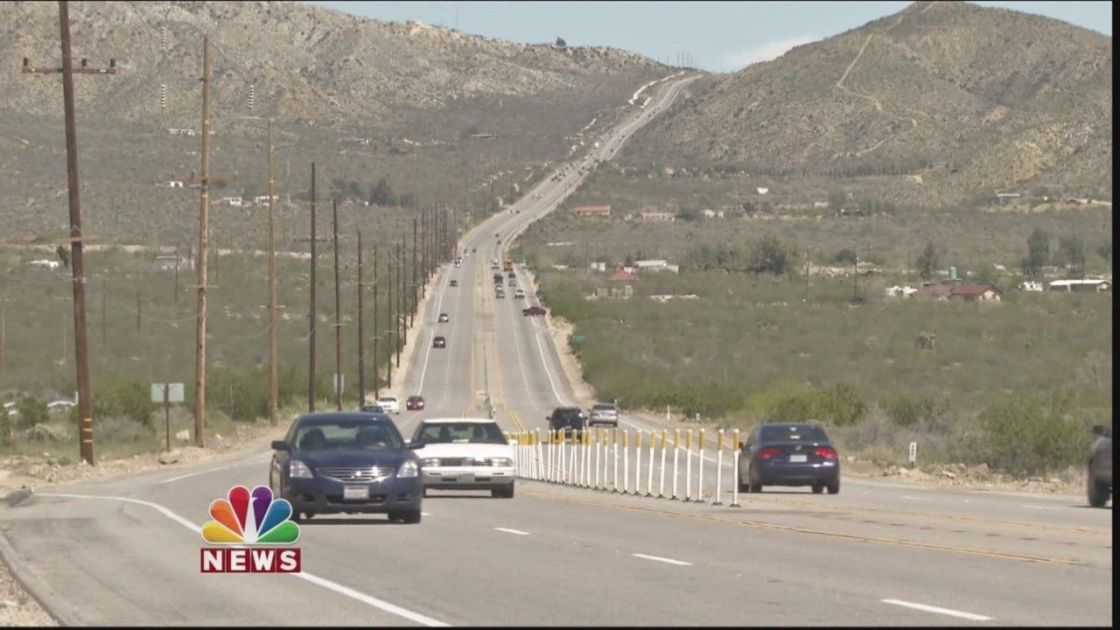 One of the major roads in the desert will be under construction soon, and police say the purpose is safety.

Caltrans held a meeting Wednesday night to talk about the project on State Route 62.

You’re climbing elevation as you cruise into the high desert.
State Route 62 is a busy road.

Caltrans and California Highway Patrol are focusing on this stretch of road between Morongo Valley and Yucca Valley.

"In 2013 alone we had 5 incidents or fatal collisions where people lost their lives," said Officer Simon Miller with California Highway Patrol.

"Now we have far less, in fact last year in 2016 we had only one and it is not related to what we used to see here," said Officer Miller.

Now Caltrans will be replacing those plastic poles with concrete barriers.

"Because it’s going to save on people getting hurt, and if someone comes over into another lane, they won’t be able to come over to a different lane," said Morongo Valley resident, Karen George.

"Any kind of traffic signal they can add to help slow people down, to give the kids distance and time to walk across the street is always helpful," said Enright.

Construction could begin on SR62 as early as April.