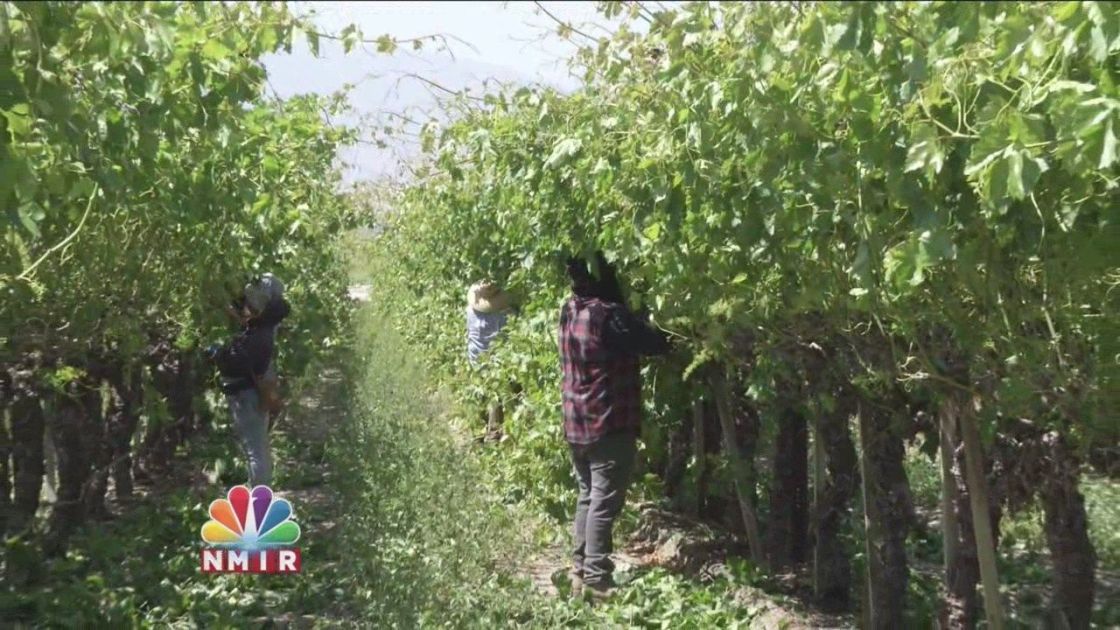 While farmworkers don’t get the day off on Cesar Chavez Day, many do remember the labor movement leader on the day that honors his legacy.

"He did a lot for us … thank you very much Cesar Chavez, sadly I never got to meet him but  I’m grateful to him for the laws the help he helped create," says Javier Ortiz, who has worked in the fields for over 14 years, many of them in Coachella.

"I’m grateful because he did a lot for everyone and he fought for everyone, not just Mexican people in general every field worker because working out here is not easy," says a field worker who lives in Salton City. He did not want to be identified.

Chavez is credited with bringing a voice and face to the grape strike that started in the Coachella Valley more than 50 years ago … The national boycott and strike  led to the creation of the United Farm Workers union, the union he founded helped create better working conditions in the fields.

Daniel Caballero who is the food safety director for Richard Bagdasarian Inc. in Mecca, one of the largest producers of grapes in the state says their employees receive benefits Chavez fought for, "We’re providing the best conditions for the workers … breaks, lunches, … restrooms, … shades, water, minimum wages, medical health insurance to all of them and their families … Chavez did a lot of changes to our farm workers."

But those who find Cesar Chavez Day meaningful know that not everyone does.

"It’s a shame that not everyone remembers it and it should be remembered because it’s a really special day," laments the Salton City resident.

But the rallying cry of the activist still inspires those who work the fields.