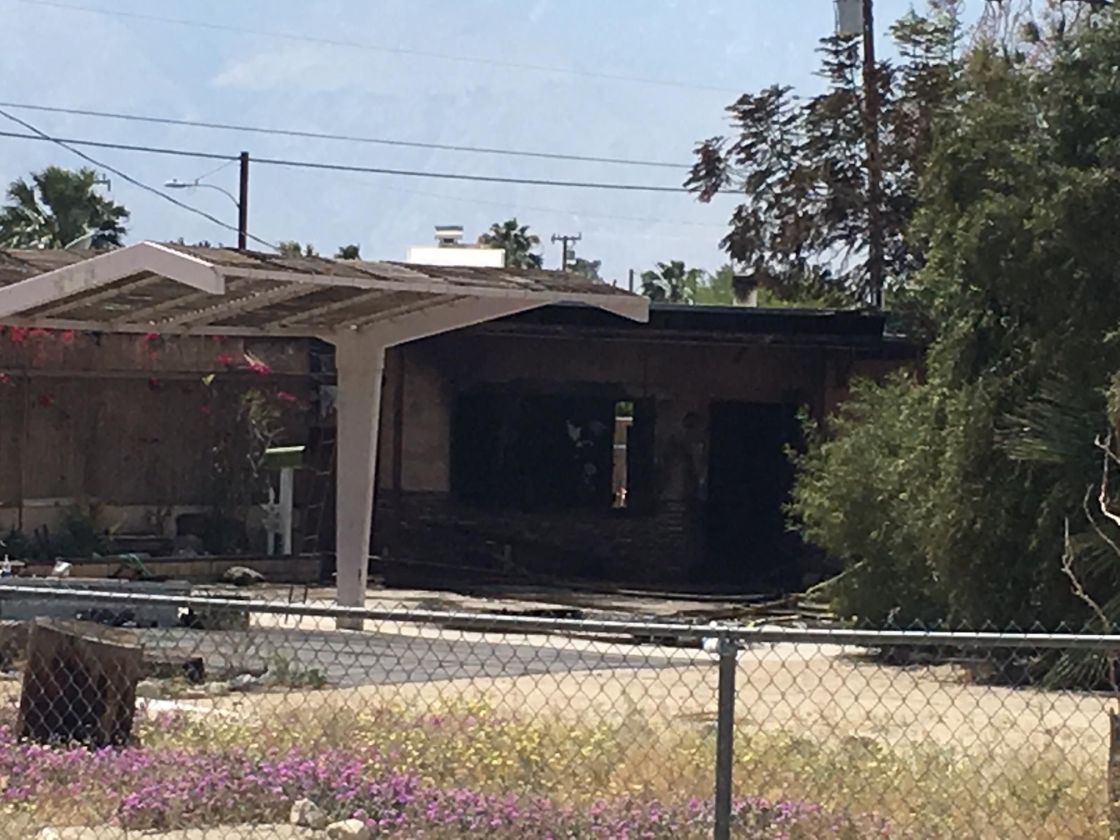 A fire heavily damaged the interior of a Desert Hot Springs home Tuesday, but no one was hurt.

The blaze was reported just before 12:30 p.m. in the 66000 block of Granada Avenue, said Tawny Cabral of the Riverside County Fire Department.

The fire, which caused an estimated $60,000 in damage, was contained at 12:45 p.m. by nearly two dozen firefighters, Cabral said.

The second fire happened is the same area, the 66000 block of Granada Avenue in Desert Hot Springs.

One garage was partially involved in the fire, but still caused a loss of $20,000/