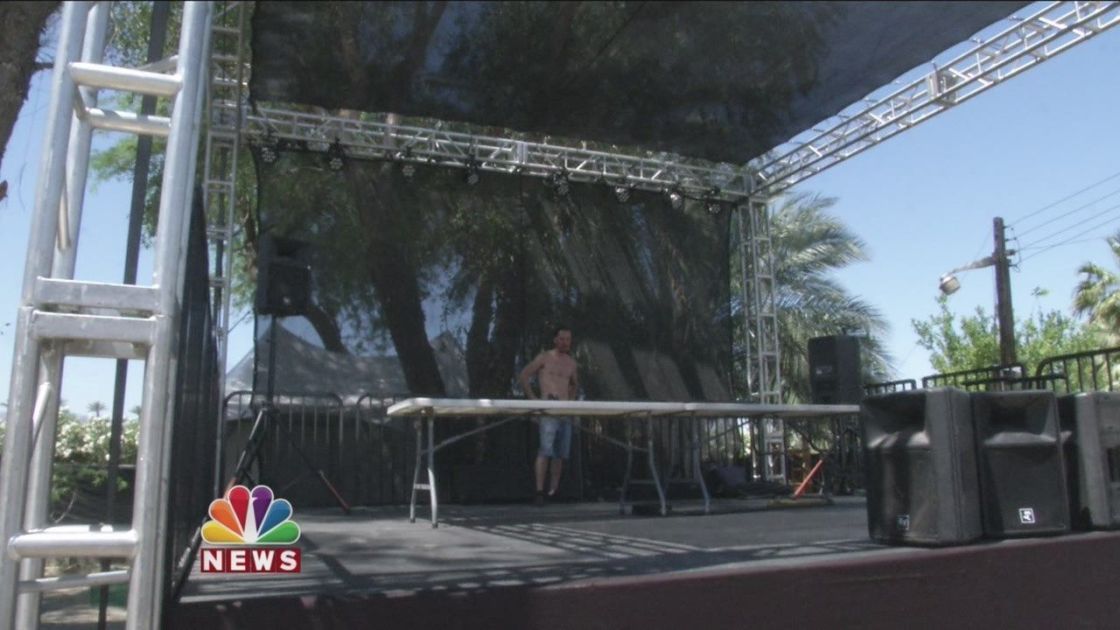 The city of Indio is telling a resident that he cannot have a party during Coachella Fest weekend.

"I’ve been here 37 years and we’ve always had little parties. Just maybe not as big as the one I’m having now," said property owner Joe Vargas.

An Indio city ordinance that was passed in June prohibits "live entertainment events" and "other large temporary uses that involve a substantial number of participants" during a major music festival. The ordinance does not specify what the city considers substantial.

Related: Coachella Fest Will Be Bigger Than Ever

Vargas said there will be no charge for his party, he insists the guests will be family and friends and says he was never made aware of the city ordinance until recently.

"I was surrounded by the Fire Department yesterday, also the city of Indio came in. And all of them go right through my trespassing signs. I have like six trespassing signs out front down a private road. They drive right in like it doesn’t mean anything to them because they think they are on Goldenvoice property," Vargas said.

The city of Indio says even small events strain public services and cause a lot of traffic during a major festival. Since the road leading to Vargas’ house is closed during Coachella festivities, special permits are required to gain access to the property.

"They’re saying I can’t even enter my own property as long as I have the tents that I have up," Vargas said.