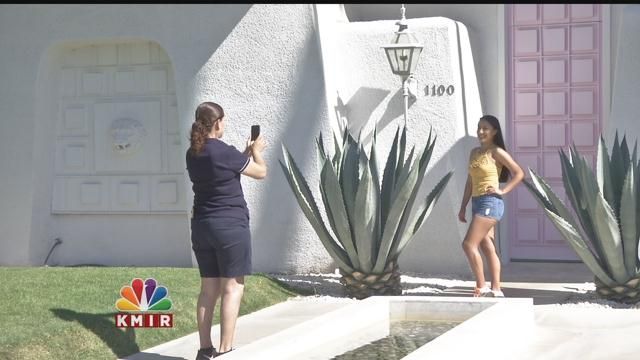 They say when one door closes another one opens. The phrase rings particularly true at That Pink Door.

Speaking of the door’s appeal: “The architecture, the hashtag, all the colors of Palm Springs,” said Laura Joralemon from Jersey City, New Jersey.

A scroll through social media shows that visitors are tickled pink by the famous door, funny enough it actually started as a joke. “I had bought the house with some partners,” said interior designer and the creator of That Pink Door, Moises Esquenazi, “One of them, she loved the color pink and we were always joking about how everything had to be pink in the house if she was going to be a partner in all this. I think the pink just stuck.” 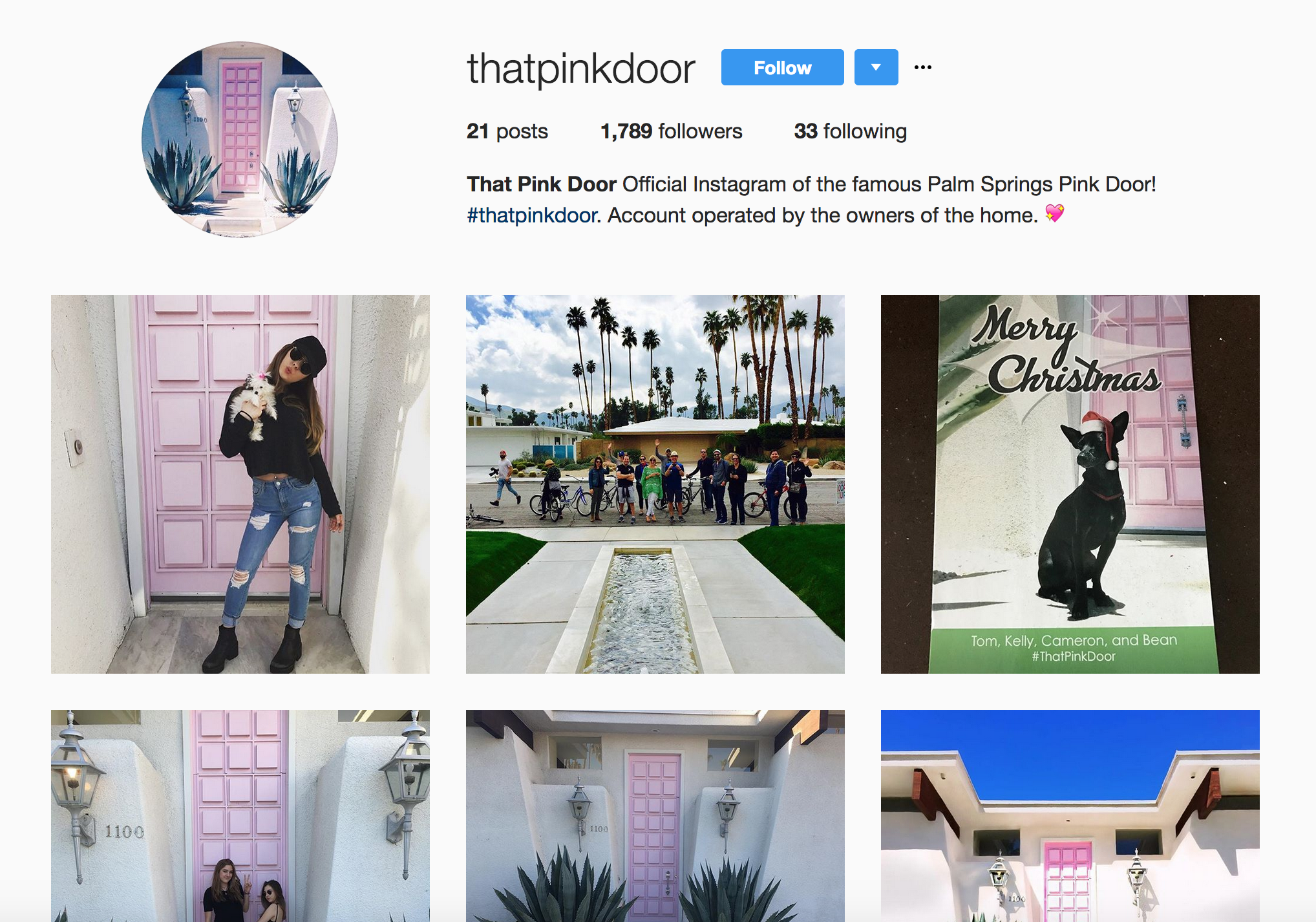 It is not just for the social media savvy architecture enthusiasts also flock to the door. “Millennial pink is the color of that door,” said Joralemon. “Its become very iconic as far as modernism out there so I’m very happy about that,” said Esquenazi.

The home on Sierra Way was the last the interior designer renovated before moving to Florida but he has plans for his next trip to the desert.  “I’m kinda jealous of all these people who have pictures in front of it but I don’t even have one in front of it, so I look forward to doing that,” said Esquenazi. 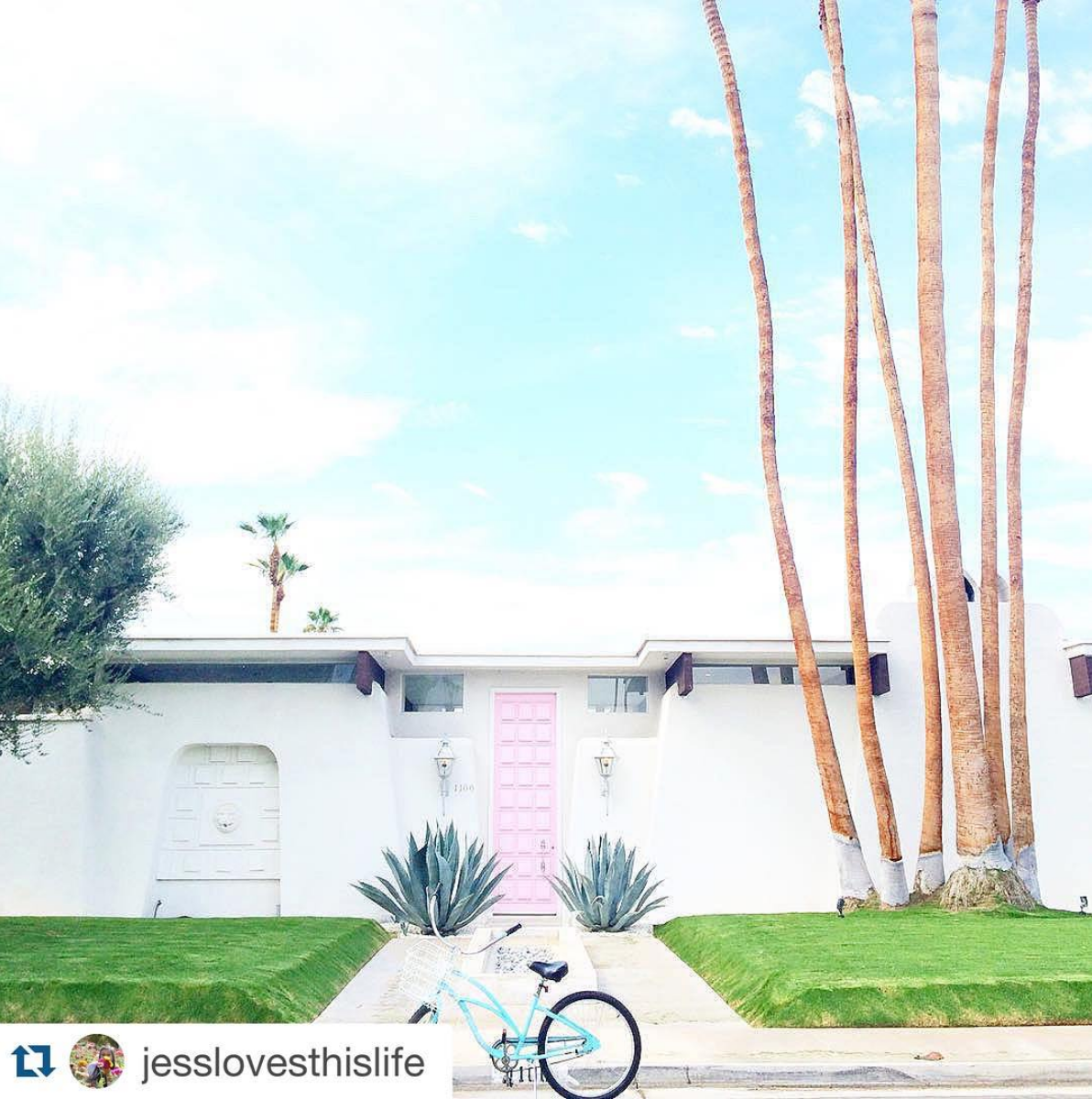 So does That Pink Door live up to the social media buzz? “To be honest with you, to me not that much, to me it is just a door that’s pink,” said Nima Keyhani from San Diego. “It lives up to the hype, its beautiful, the colors are great and I love the agave in front,” said Joralemon.