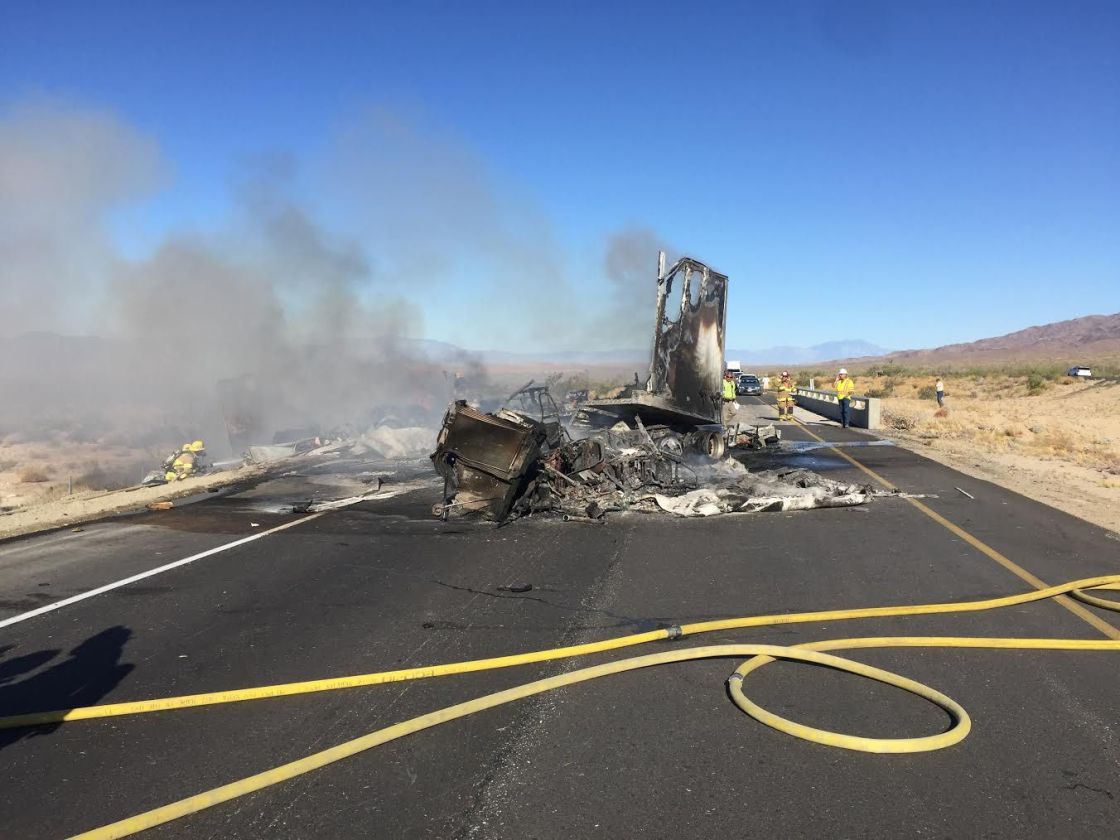 A big rig hauling furniture crashed and caught fire on Interstate 10 in Chiriaco Summit Friday, leading to a shutdown of all eastbound lanes while firefighters attended to the blaze.

The semi-truck became engulfed in flames at 7:05 a.m., west of Cottonwood Springs Road.

According to California Highway Patrol Officer Mike Radford, the 2012 Freightliner veered to the right side of the freeway and struck the railing, causing it to catch fire in the roadway. The driver, 63-year-old Maryland resident Daniel Maisonet, was not injured the crash, Radford said.

A SigAlert was issued at 7:14 a.m., with debris blocking both eastbound lanes. One lane was reopened to traffic just after 9 a.m., according to the California Highway Patrol.

Traffic remained backed up for miles as of early afternoon, stretching past the Cactus City Rest Area. Radford had no estimate on when the second lane would reopen.