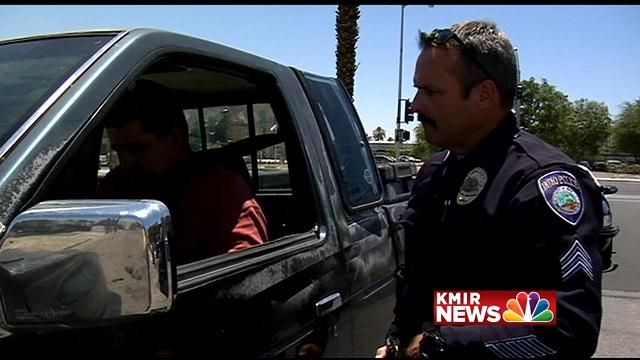 Sunday, May 21, 2017, between the hours of 7:00 p.m. and 1:00 a.m.  High Visibility Enforcement efforts like this have a deterrent effect, lowering the incidents of impaired driving.  The following are the results of the enforcement:

0 Arrested on other Criminal Charges

Story: 50 Arrests Made During Warrant Sweep

Drivers are encouraged to download the Designated Driver VIP, or "DDVIP," free mobile app for Android or iPhone. The DDVIP app helps find nearby bars and restaurants that feature free incentives for the designated sober driver, from free non-alcoholic drinks to free appetizers and more.  The feature-packed app even has social media tie-ins and even a tab for the non-DD to call Uber, Lyft or Curb.

Studies of California drivers have shown that 30 percent of drivers in fatal crashes had one or more drugs in their systems. A study of active drivers showed more tested positive for drugs that may impair driving (14 percent) than did for alcohol (7.3 percent).  Of the drugs, marijuana was most prevalent, at 7.4 percent, slightly more than alcohol.

Drivers caught driving impaired can expect the impact of a DUI arrest to include jail time, fines, fees, DUI classes, license suspension and other expenses that can exceed $10,000 not to mention the embarrassment when friends and family find out.

The DUI Saturation Patrol was funded by a grant from the California Office of Traffic Safety, through the National Highway Traffic Safety Administration, reminding everyone to ‘Report Drunk Drivers – Call 9-1-1’.