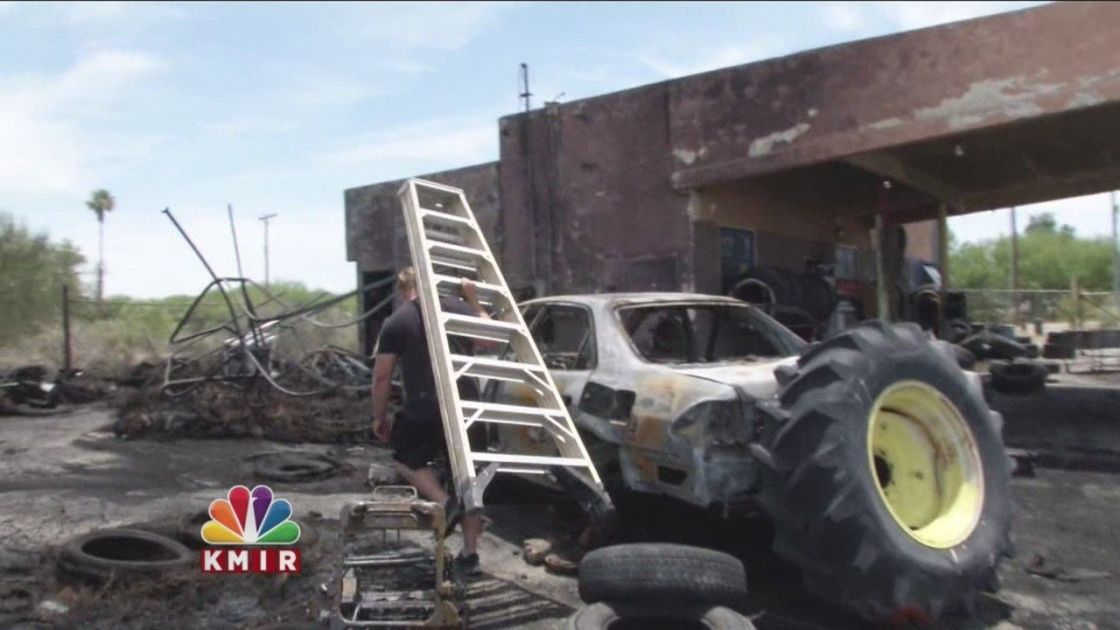 "It was bad, yeah, it was like 20 feet up in the air flames just going," says Sean McCombs, whose grandfather owned the tire shop, that has been passed down to his mother.

The shop is in ruins: the stock of tires is now a mound of wires, the car they were working on is a burned out shell and the inside of the shop is gutted.

McCombs says the family business is a total loss, "It puts a roof over our heads and it puts food on the table and you know now it’s, it’s going to be a little bit more difficult."

And what’s worse, he says the family suspects someone set this fire on purpose, "Since my grandpa did pass away last year you know there’s a big thing going up in trying to figure out who’s going to get what … tires just don’t you know, they don’t just  magically middle of the night just you know start on fire … it looks like someone intentionally did it."

The family says it’s not just their loss, the community lost a landmark, this tire shop has been here since 1901. It’s so old it never had a name, people knew it by it’s location.

"People just knew it as the tire shop on Harrison … everyone knew this as ‘Sandy Corners’ so you know for it to go up in flames, like it’s bad," says McCombs.

Despite the damage and no insurance, McCombs says they’re grateful no one was hurt and they will find a way to move on, "We’re strong … we’ll make it work."