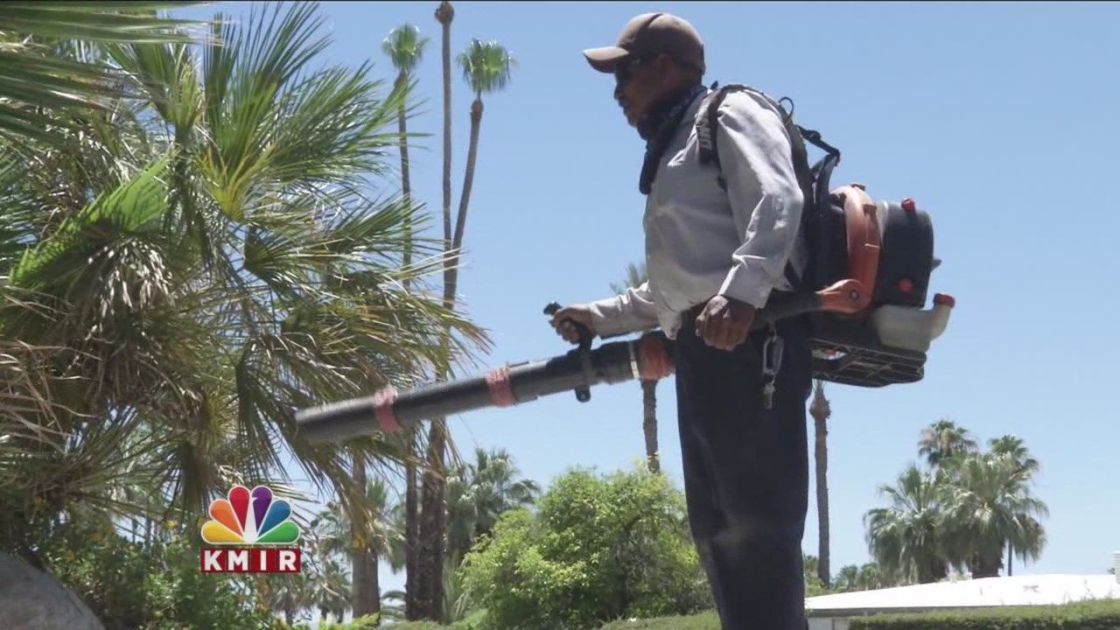 Leaf blowers may become a thing of the past in Palm Springs and it could mean a blow to your wallet. For gardeners, the tool is invaluable.

"It’s very important because we’ve been working with them for many years and they work very well. It works very well to clean homes and the street," said gardener Francisco Guzman.

But people in Palm Springs are tired of hearing them. At first, it was gas powered blowers on the chopping block. Now, the city council might call an end to electric blowers also.

"A lot of people at seven in the morning don’t want dirt and noise blowing into their windows, they have to sleep with their doors closed. So, there had been a real push for this," said Palm Springs City Councilman Geoff Kors.

And the noise isn’t the only problem in the whirling air.  According to the State Air Resources Board, five percent of all the dust blown into California’s air is from leaf blowers.

"They’re one of the worst agro carbon polluters that we have. Using one for half an hour is similar to driving cross country in a car…people with asthma or young children getting exposed to the dust. That’s a real concern," said Kors.

Banning the blowers is going to make it a lot harder for gardeners to do their job. If the ban passes, you may even have to pay more for gardening services.