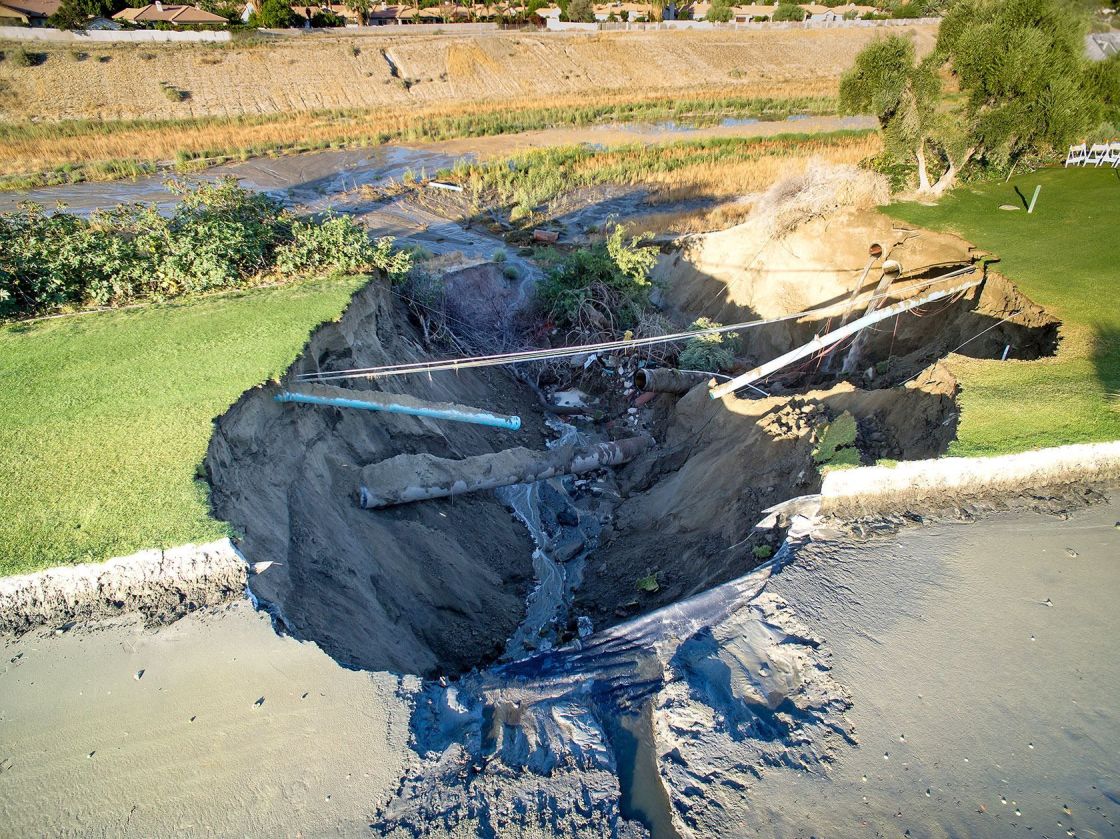 Traffic lanes near Portola Avenue and Hovley Lane East in Palm Desert were fully reopened to traffic today, following the completion of repairs on a pair of broken sewer pipes that released an estimated 2.4 million gallons of wastewater into the Whitewater River Stormwater Channel.

The June 3 pipe breaks stemmed from water overflowing from a pond at a nearby business, leading to the erosion of a dirt area and the exposure of two sewer pipes that broke, according to the Coachella Valley Water District.

CVWD crews have been working since then to repair and replace the pipes, which necessitated the closure of one lane in all directions near the intersection of Portola and Hovley. CVWD officials said Monday that repairs were completed ahead of schedule, allowing those lanes to be reopened.

Additional repairs will continue, but work to divert wastewater flow through pipes near Portal Avenue and Hovley Lane East has been completed. The overflow led to the opening of a 25-foot-deep and 50-foot-wide hole, but wastewater spillage was contained to a small portion of the stormwater channel.

CVWD officials said the spillage did not affect any customers’ drinking water, with thick layers of desert sand providing a sufficient filter.

“Sand is a natural filter that removes particles and micro-organisms,” said Steve Bigley, CVWD director of environmental services. “In the Coachella Valley, water drains through hundreds of feet of sand for many decades until it reaches the water table.”?