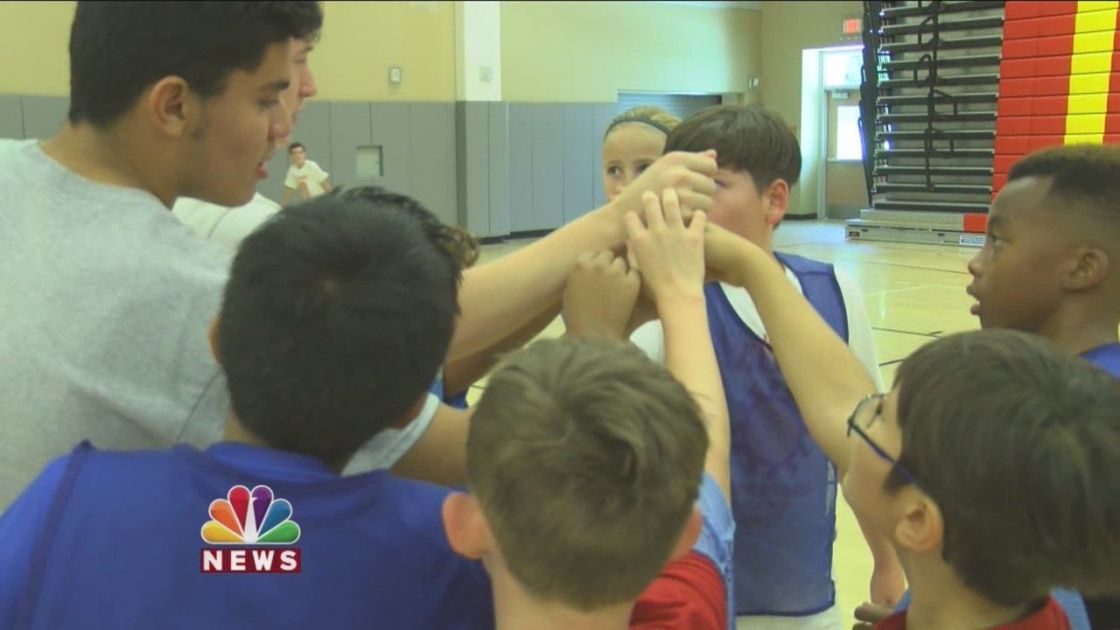 Camps play a vital role in high school sports. To build a strong program, you’ve got to start them young.

"We’ve done this for the community kids for up to 30-years now and we see the same kids grown up,” Palm Desert High School boys basketball head coach James Serven said. “Half our program are kids that came into this camp."

Max Ralph is one of those kids as he has been attending the Aztec’s basketball camp since he was in middle school. Now he’s a junior forward on the team and enjoys having the opportunity to give back.

"Helping the kids out, you know that’s what it’s all about,” Ralph explained. “It’s really nice to see these kids grow.”

"Just seeing the kids having a good time, grow and get better at basketball and be good people." Serven said when explaining what he liked most about camp.

Kids also develop sportsmanship and skills beneficial on and off the court.

"Kids tell me they’ve looked forward to this day since last summer,” Serven said. “We just think it’s good to give them something to do in the summer and something positive."

Coach Serven is not only the boys basketball head coach, he is also the girls softball head coach and was named this year’s Desert Valley League Co-Coach of the Year.

"The players made it all happen so I’m happy with it,” Serven explained. “But the reason I’m happy is because the players did well and we won league so it makes me feel good that we’re moving the program to a higher level every year."

Coach Serven earned DVL Softball Co-Coach of the Year with La Quinta’s head coach, Briana Luna. Both teams had 4 girls land of the DVL All-First Team and 2 girls on the Second Team.