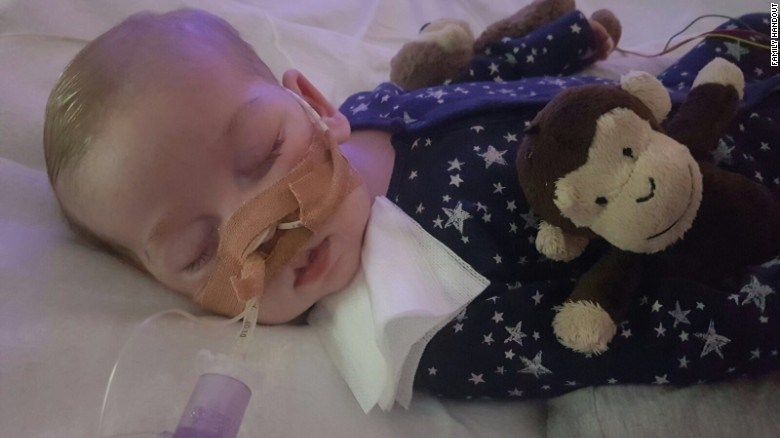 It’s a story that has the whole world hurting. British baby Charlie Gard, who was at the center of a legal battle, passed away today. He was born seemingly healthy and about 2 months into his short life, he was diagnosed with a rare disease that gave him little hope for survival. The disease is known as mitochondrial DNA depletion syndrome which prevented him from seeing, hearing, and breathing on his own.

Time went by and new scans convinced his parents that he had irreparable brain damage. Doctors told them baby Charlie would never make it, but they set their hopes on New York based Dr. Michio Hirano. The Columbia professor has done experimental treatments that have helped save children with less severe forms of the same disease.

Chris and Connie Gard were convinced that this would save their son’s life and decided to fight the British courts who would not allow them to follow through with this treatment. This sparked a global debate and, truth is, the whole world was watching. Support poured in from all around the world. A GoFundme page was quickly set up and helped raised nearly $2,000,000.00 for baby Charlie’s treatment.

The Pope offered his support and President Trump tweeted that he’d be delighted to help. However after a long fought battle, the emotional turmoil is now over. The courts decided treatment wouldn’t help Charlie and his parents decided it was time to take him off of life support.

"Our son is an absolute warrior and we couldn’t be prouder of him. We are going to miss him so much and we are so sorry we couldn’t save you. Sweet dreams baby."

Charlie’s parents didn’t just face the battle of getting their son to the u-s for treatment, but they also struggled to find a hospital that would supply the right staff and equipment in order for them to bring baby Charlie home.

After weeks of back and forth, the courts let Charlie’s family move him into a hospice where the little angel passed away.