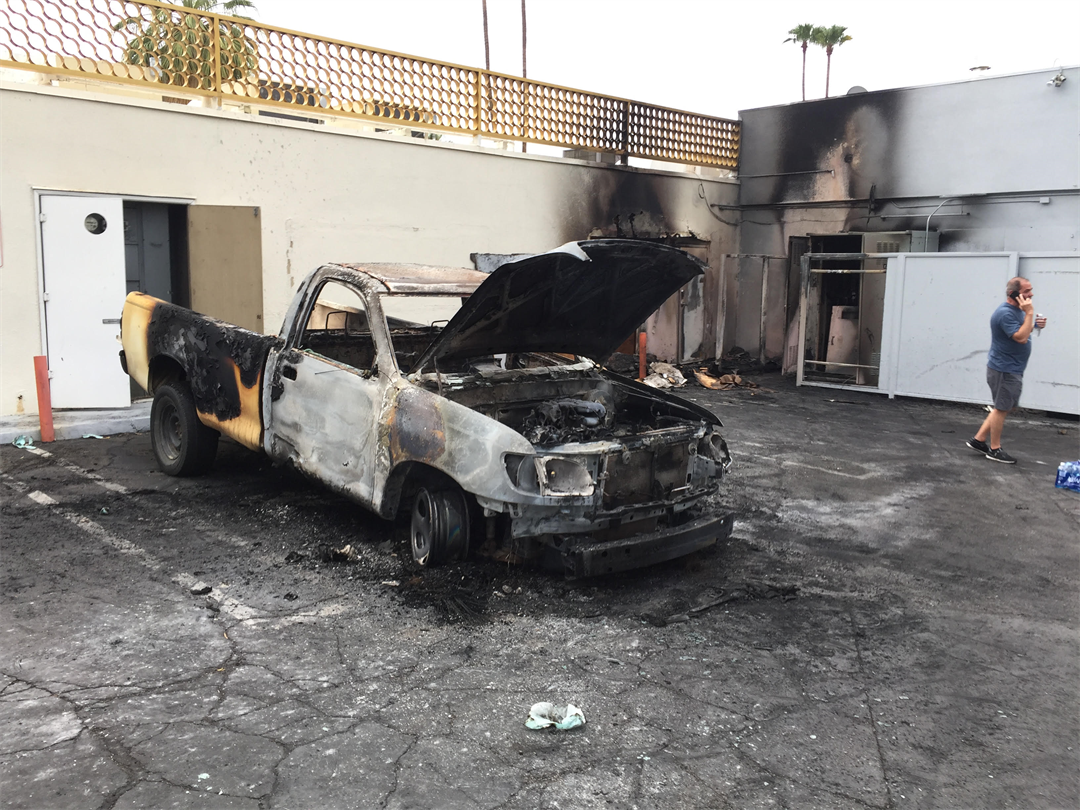 Several businesses were damaged after an overnight fire started in downtown Palm Springs. It happened just after 2 a.m. off Palm Canyon Drive at Merito Place. The strip mall houses Trio Restaurant and The Shag Store as well as two other businesses.

Firefighters say they first got a call about a car fire in the back parking lot of the building and when they arrived, that fire had spread to the back part of the structure, damaging several areas of Trio Restaurant and The Shag Store.

Palm Springs Fire along with Cathedral City and Cal Fire got to the scene quickly, preventing the fire from spreading even further into the businesses.

Owner Jay Nailor of the Shag Store says he’s thankful no one was injured but the damage is extensive in the back part of his art store.

"We’ve lost well over 100,000 dollars worth of artwork and merchandise due to the fire," said Nailor. "But it’s all materialistic and we’ll replace what we can."

He tells KMIR News the fire seems suspicious, stating the truck that caught fire, had been seen sitting in the back parking lot for several days but no employees of the businesses said it was theirs.

Next door, Trio Restaurant employees and owner, Tony Marchese, worked to clean up damage inside in hopes of opening up their restaurant in the coming days but they’re facing some difficulties, as power has been cut off the the entire building.

Right now, investigators haven’t said the cause of the fire but several people KMIR News spoke to say, they believe it’s possible arson. For now, they’ll continue cleaning and assessing just how much damage there is and how much it’ll cost to rebuild and move forward. But each business owner we spoke to says they will re-open and build back even stronger.