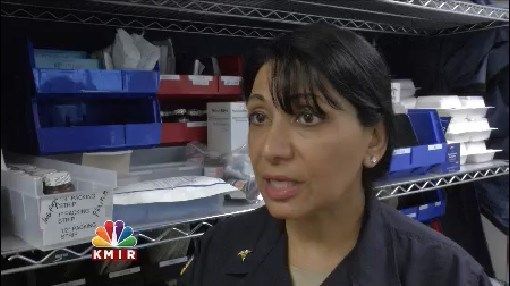 One local doctor is taking matters into her own hands when it comes to helping the victims of Hurricane Harvey. She’s the only doctor in the valley that’s going to fly to Houston to treat people in need.

Dr. Mona Khanna is part of the disaster medical assistance team, and was called to go over to Houston and help. As a part of this team, she is the only physician in the valley who’s trained to go out to disaster torn regions and treat people there.

"I’m not nervous at all, I’ve been doing disaster work for almost 20 years."

Which means, this isn’t her first relief mission.

"For Hurricane Katrina, I was one of the first four physicians at the airport and the first thing we had to do was set up tents so that we could effectively treat people. People who are a part of the disaster medical assistance teams are credentialed to be deployed within four hours of a disaster."

She also told us there’s one thing she’d be keeping her eyes on.

While she is the only doctor representing the Coachella Valley, she says there are others that want to come with her but can’t.

"There’s dozens of physicians that want to help but I’m probably the only one that has the training to know what to watch for."

As a way to give thanks, the valley gave her and her teammates a parting gift.

"Sheriff sniff was kind enough to send me with about 50 of these pins and this a tradition that we have with disaster teams. It’s a little bit of a bonding experience too."