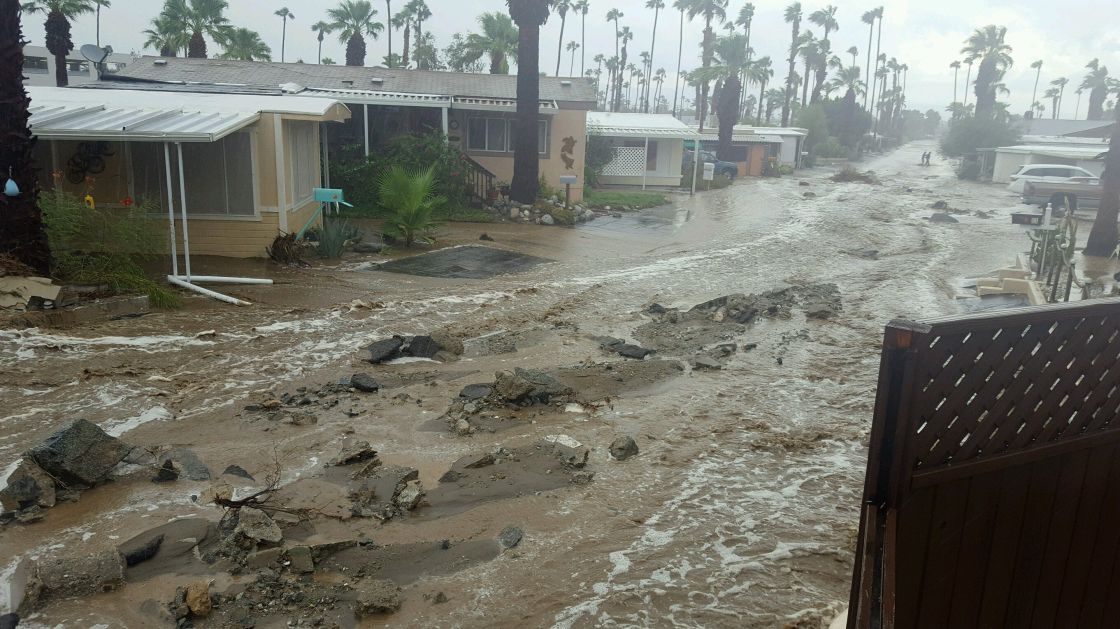 Scott Coe who lives at Horizon Mobile Village in Palm Springs says when the valley was drenched by that downpour earlier this month he already knew what would happen, "Water comes off the hill here it switches back towards my garage and floods through my garage," adding the water rushes and pools next to his mobile home then gets into his bedroom flooding it and the living room.

He says because of his quick action he only lost carpet and has managed to ward off mold but because this rainstorm was so intense, he says he’s afraid something worse might happen next time, "This past rain was sort of a wake up call it is scary when you see that much water coming down."

Coe says he’s tried to go to management, the city and even the state agency that regulates mobile home parks, "And nothing’s being done about it," he says.

We visited Horizon Mobile Village management, they say they have tried several fixes over the years including drainage, gravel and a retaining wall.

"We care about our residents and we do want to fix the situation because no one wants water flooding into their home," said their regional supervisor Randie Campbell, adding that this storm caused a drain pipe from the property above to break creating a bigger problem, "we’ve contacted them and we have a meeting set up to schedule to go over cause the pipe needs to get fixed … we hope to have the problem resolved you know with an answer by the end of the week." Horizon Mobile Village, flood,

Coe just hopes the problems get fixed before the next storm, "This has been going on from three full years now, I’ve just been sitting back and eating popcorn waiting for something to happen."

The Rim Crest Community Association says they will meet on Friday and will do their part to resolve the problem.