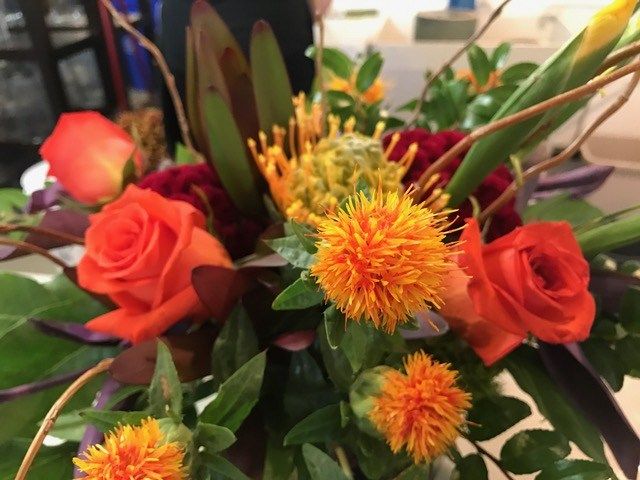 Many flowers are imported from South America even Europe, which means the flowers come through south Florida to get to California. "I’d say about 30% to 40% of the items I carry come through Florida," said Mark Weinstein, the owner of Rancho Mirage Florist.

However, the distance means now a beautiful arrangement is more expensive for florists. "In order to get certain products in, they come from Ecuador, South America or Europe a lot of times, and so because of the hurricanes, it’s difficult to get the flights and products in for us," explained John Southorn, the owner of Lotus Garden Center in Palm Desert.

Southorn said because of this year’s hurricane season, the price of roses is up nearly 25%. Southorn is even having a hard time getting product. "The bride is coming in this weekend to see some of those prototypes, so some of the flowers I’m struggling to get in," he said.

Weistein said his florists use a lot of lemon leaves to fill floral arrangements, but the problem is they are grown in Florida. He said some of the farms were destroyed during the storms, so prices have sky rocketed. A box of lemon leaves now costs him nearly 40% more than what it used to. "I pay a little more for shipping, pay a little more for lemon leaf for example. We try to absorb that cost. We don’t pass it on to our customer," Weinstein said.

Even though business is being affected, Weinstein doesn’t forget to stop and smell the roses. "Anybody who gets an arrangement from us, gets a smile on their face, so what a way to go," he said optimistically.