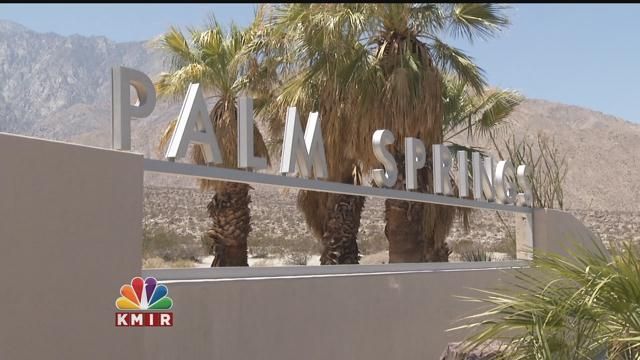 Palm Springs voters will decide in June whether to modify the city’s vacation rental ordinance to phase short-term rental properties out of the city’s residential zones over the next two years.

The Palm Springs City Council voted 4-0 late Wednesday to place the matter before voters during the statewide primary election on June 5.

Palm Springs Neighbors for Neighborhoods (PSN4N) — which is pushing to prohibit the use of single-family residences in the city as vacation rentals — collected enough valid signatures to force the council to either adopt the measure, place it before voters or have city staff conduct a study on the overall impacts of the local vacation rental industry.

An economic impact report prepared by the consulting firm Tourism Economics forecasts around $200 million in annual losses should vacation rentals be barred in Palm Springs residential zones. The report also predicts 1,158 fewer jobs and a reduction of visitors, who will decide to stay in hotels or outside the city entirely.

About 74 percent of available vacation rental units would be lost if the initiative passes, according to the report.

The booming growth of vacation rental properties — the latest count is 1,986 — has been the source of heated debate, with one side pointing to the economic benefits to a city that relies on tourism and others arguing that residents have to endure disruptive behavior from out-of-town guests in the form of noise violations, disorderly conduct, traffic congestion, vandalism and illegal parking.

The city council has put forth several amendments to its vacation rental ordinance, but has yet to strike a balance that satisfies both sides.

Short-term rental owners formed their own group — Citizens for a Better Palm Springs — and put forth a referendum to place an earlier version of the ordinance before voters, arguing that the measure infringed on the rights of Palm Springs homeowners and threatened the city’s economic stability. The move led the council to repeal and revise its ordinance last spring.

A judge last year denied Protect Our Neighborhoods’ demand that the city be barred from issuing any new vacation rental certificates to prospective short-term rental owners. The neighborhood group also filed a writ against the city, the City Council and eight property owners, stating in court documents that the city did not perform environmental reviews before issuing the certificates in September and was violating its own municipal code.

An ordinance approved by the city council last March limits the owners to 32 contracts per year, limiting guest occupancy to two people per bedroom, and levying increased fines to owners for ordinance violations.

City officials say that enforcement efforts — which include the formation of a Vacation Rental Compliance Department independent from the Palm Springs Police Department — have proved effective in ensuring owners’ compliance with the regulations. A city staff report states that eight vacation rental certificates have been suspended, two have been revoked, and owners of 55 properties have been deemed permanently ineligible from operating vacation rentals since the ordinance went into effect last spring.

PSN4N seeks to further modify the ordinance by limiting owners from renting out homes in residential-zoned neighborhoods for less than 28 days and give short-term rental owners two years to adjust their business model or relocate their properties to mixed-use or commercial zones. PSN4N said the measure would not affect condominiums or homeowners associations, which already set their own regulations regarding short-term rentals.