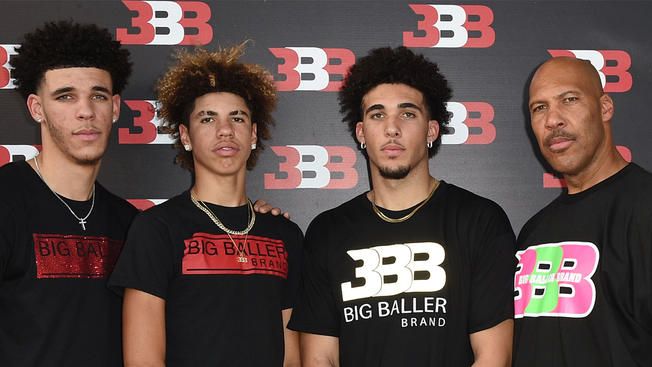 LaVar Ball often gets heat for the things he says, but now he’s getting dinged for his business dealings.

The Better Business Bureau has given an "F" rating to Big Baller Brand, the athletic apparel company founded by the brash LaVar on the prominence of his sons, Lakers rookie Lonzo Ball and his brothers LiAngelo and LaMelo, who currently play professional basketball in Lithuania.

LiAngelo quit UCLA after he was suspended for shoplifting during his team’s team’s trip to China. LaVar Ball and President Donald Trump feuded for days over the president’s demand for credit in winning the release of LiAngelo and two other UCLA basketball players.

The Better Business Bureau reports that customers have complained about shipments being delayed for weeks or even months, getting the wrong items or sometimes not getting their items at all.

Customers also say Big Baller Brand has poor customer service, the bureau reports, with the company not providing a phone number where customers can reach them and sending out generic responses or no responses at all when customers email them.

One Better Business Bureau verified reviewer wrote, "Sure….they’ll take your money, but once they have it, they don’t make it easy for you to communicate with them." Others wrote that their credit cards were charged for items they had yet to receive.