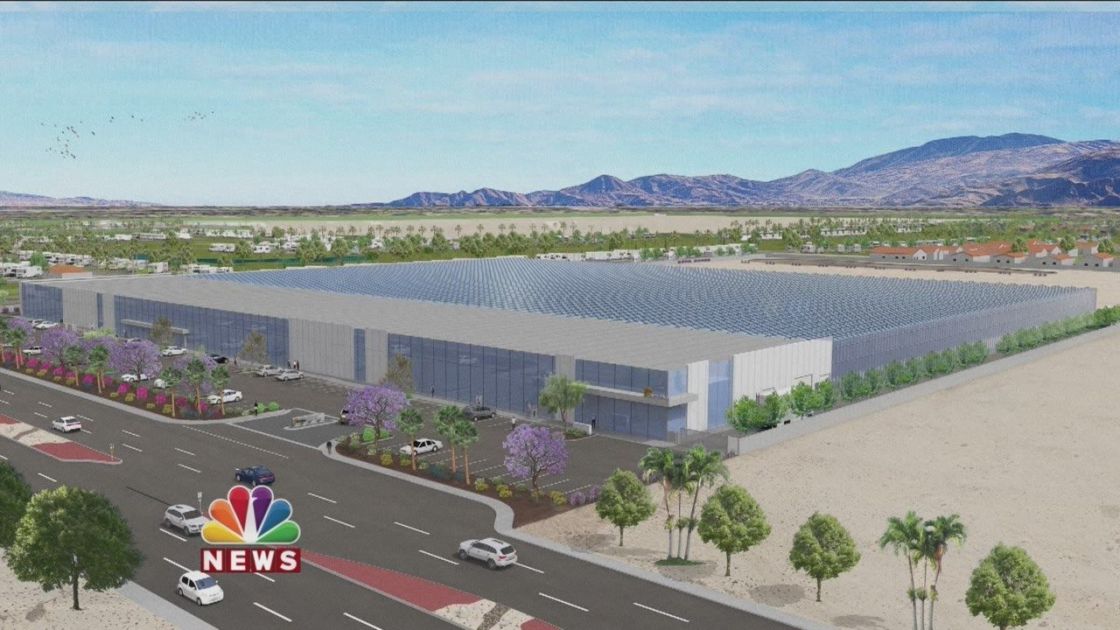 The company behind the huge greenhouse is called Sunniva, a North American provider of medical cannabis and services. Chief Operating Officer Duncan Gordon says it isn’t your average grow operation.

"What we have here is three hundred and seventy five thousand square feet dutch style venlo greenhouse, which is arguably that Cadillac of greenhouses around the world," Gordon said.

The high tech growing facility will use a special diffused glass ceiling to maximize natural sunlight which will allow growers to use 90 percent less electricity than an average indoor grow. Talk about thinking green.

"Makes perfect sense in the desert because in the high desert you’re talking about three hundred and fifty days of sunlight a year … so it’s crazy not to draw on the capacity and the power of the sun," said Gordon.

People who live in the area though have some concerns.

"I’m a little concerned if there might be a smell from the place coming over here because we’re down wind," said Cathedral City resident Michael Hodgson

"It would increase traffic, both car and pedestrian traffic and I like a quiet neighborhood," said Cathedral City City resident Ron Pannell.

The facility will utilize carbon filters and a misting deodorizer system to control the smell of marijuana. But that’s not all.

"Whenever we open a shipping door or loading dock or someone walks through the facility, or opens and external door, it will have negative pressure which means the air will move into the facility and not out," said Gordon.

Various aspects of the growing operation will be automated but a few months before it opens Sunniva plans on hiring between 150 and 200 employees to run the day to day operations.

"At full production we estimate around about fifty million grams or fifty thousand KG’s depending on what measurement system you use," said Gordon.

That’s a little over 110,00 pounds of marijuana every year. To address residents’ security concerns, Sunniva will employ a 24/7 security company and armed guard along with motion detectors and around 360 surveillance cameras. The facility is scheduled to open in October 2018.