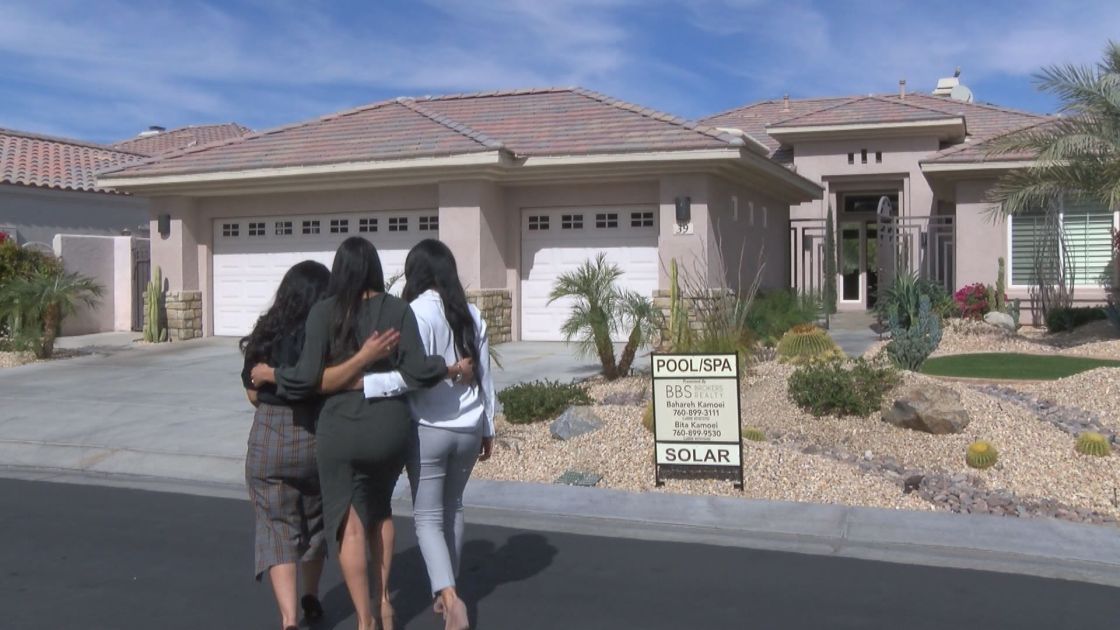 The Coachella Valley is home to the Kamoei sisters.

They all graduated from Coachella Valley High School not too long ago, the eldest is class of 2005. But at their young age, Bahareh, Bita and Sara run their own real estate company.

"Because we are all from the desert we have so much knowledge, like local knowledge of every city in the desert," Bita said. "The Coachella Valley has just been growing so much over the past few years"

Real estate is not what any of them pictured for their future, but they said it has become their passion.

Sara said, "We just closed on a property, it was Bita’s high school friend."

Having a successful company was not enough for the three sisters; they said they have a higher calling in a form of a scholarship.

"It’s something we have always wanted to do because we were first generation college students and because of all the support we received from the community," Bahareh said. "And that amazing feeling that we had from when we received the number of scholarships, we just felt at that moment we hope to one day make people feel this happy."

They said it was only possible for them to go to college with the scholarships they received. The youngest sister Sara, was a recipient of a scholarship from One Future Coachella Valley, and just a handful of years later they are partners in awarding funds to deserving students.

Sara said, "We all graduated from Coachella Valley High School, we feel a special connection to that school, so we’re starting there and we hope to continue growing our scholarship and start servicing other high schools too in the future."

So far, the sisters have awarded two $500 scholarships to CVHS students. But just a year later, they said they are ready to award four students $5,000 each. They said their scholarship has gotten local and national help. They were among the Ellen audience who is splitting $1,000,000; money they said is going directly to the students.

The sisters said they welcome the help of the community to raise their scholarship fund and expand to other desert schools. Learn how to donate, here.