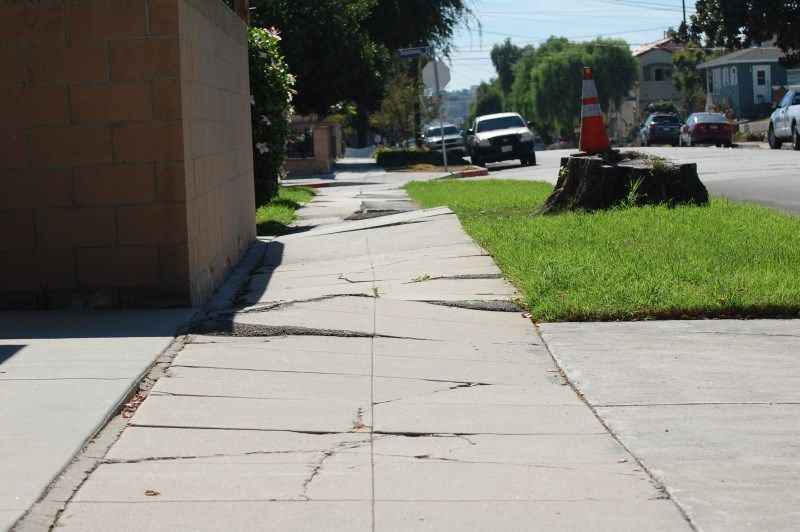 A sidewalk controversy erupts in Cathedral City. Some folks say the city is asking homeowners to pay for public sidewalk repairs. The big question here is, whether or not it is legal. Chris Long, a developer in the valley, says he understands, and is aware of, the city codes. However, he also acknowledges that many residents in not only Cathedral City, but the entire valley aren’t aware that some codes even exist; codes that require homeowners to pay for sidewalk repairs.

"What is this, why wasn’t I told about this issue previous to moving in here?" he asked.

Chris Parman, the Cathedral City Communication and Events Manager says that this specific code, is something that has been around for a while.

"This is a very old code. It’s been around since 1941, so we are talking more than a half century code in compliance state law."

A law that according to chris, could be amended.

"From a builder standpoint, I understand it, but I do think there could be a little more help from state and local governments helping subsidize some of these renovations that need to be done."

However, regardless of whether people agree with it or not, it is a law nonetheless. One that requires homeowners to maintain their homes and public access areas within their property.

"They would be responsible for any maintenance of shrubbery, trees, anything like that, that are near the sidewalk. Grass, landscaping and any tree that might be between the sidewalk and the street. So limbs that might be impeding people from walking," Mr. Parman said.

On the flip side, Chris Long says while this code may be a pain, he believes it is the homeowners obligation to know the risks that come with buying a property.  Bottom line, if you get a notice in the mail requiring you to repair your damaged sidewalk, you don’t have to start fixing things immediately but at least have to start repairing part of the damage within 10 days of getting the request.

"It has to be at a reasonable completion time line. You can’t start within ten days which is what state law requires and then take two years to repair."

So, to sum things up, the city’s duty is to maintain public roads, but the state laws says that homeowners are responsible for repairing sidewalks within their property.