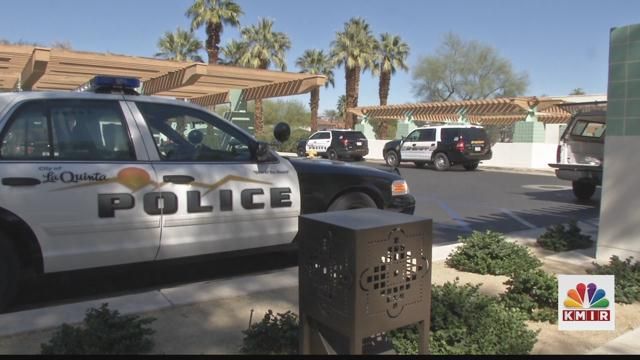 "People who live behind these gates in this community in La Quinta, say they lived in fear of the people who stayed at a home on Ali Court.

"Very uneasy, uneasy enough to go out and defending myself more than I have now," said a man living in the Renaissance community that did not want to be identified.

Other residents we spoke with say they knew something bad was going on.

"They were coming and going at very odd hours of the night … I had suspected … perhaps they were selling drugs out of the house," says a woman who also did not want to be identified.

Many reported what they saw to their homeowners association. They say police were monitoring the place for weeks.

"Next thing you know we had cop cars and helicopters all over the place," said the man.

People who live there say the pair was living in the home without permission, rent free.

Police say 33-year-old Fernando De La Cruz and 26-year-old Johnny Sanchez of Desert Hot Springs were performing unlicensed car and home repairs, but during the work the pair stole the victim’s identity, and that’s not all police say they stole, police say they also recovered a stolen motorcycle, car parts and a loaded handgun.

Marcie Graham, the communications supervisor for The City of La Quinta says, people should take this as a warning, "You get what you pay for right you want to save a buck well you take risk."

A risk that could cost you more than your identity, "We vet and do background checks and we want to make sure that people are safe with who they’re hiring."

In this case both De La Cruz and Sanchez are behind bars and this neighborhood is at peace again, but Graham says it could have had a horrible ending.

LocalNews
Anne Heche is 'brain dead' but remains on life support for organ donation, according to family statement
News Staff