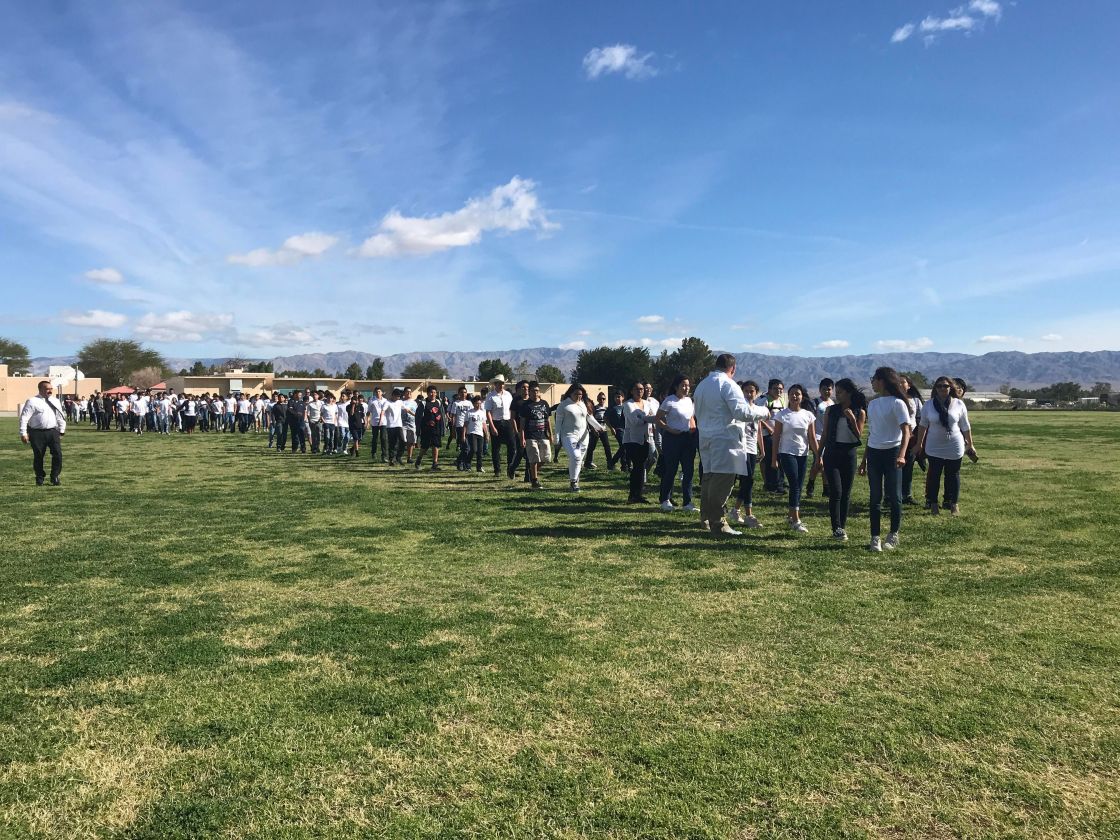 Thousands of students across the Coachella Valley also participated in the National School Walkout.

Hundreds of Cahuilla Desert Academy students participated in the walkout. "We’re just trying to promote a safe environment in our schools," says Hector Romero of CDA.

Story: Elementary Students Line Up to "Pie The Principal" in Indian Wells

And across the Valley, balloon by balloon, students at Cathedral City High honored the 17 lives lost in the Marjory Stone Douglas shooting in Parkland Florida. "We stayed quiet for 17 minutes and each balloon represented a life, so each minute a balloon was cut off," says Adriana Ortega of CCHS.

There were nearly 1,000 Cahuilla Desert Academy middle schoolers on their track and field, participating in the National School Walk out day. They are spelling the words CDA SAFE. "CDA safe is just promoting a safe environment and showing the nation that we’re safe," says Melanie Hernandez of CDA.

Students say, although across the country, the Florida school shooting still haunts them. Stephanie Reyes of CDA says, "I was affected by it, and it was really hard for me."

"It didn’t only affect Florida but it affected the whole country," says Hernandez. When asked if the tragedy still saddens them, Romero said, "Yes it does. You just can’t get it out of your head it’s still there and it will always stay there."

Cahuilla Desert Academy students wore white to prove a point. "The white stands for innocence and purity. We just think that the students didn’t deserve this. They were innocent," says Romero.

"To anyone that’s been affected by this I truly want to say from the bottom of my heart I’m sorry for your loss," says Josselyn Ramirez of CDA. The students hope the walkouts will prompt Congress to act on more gun control.