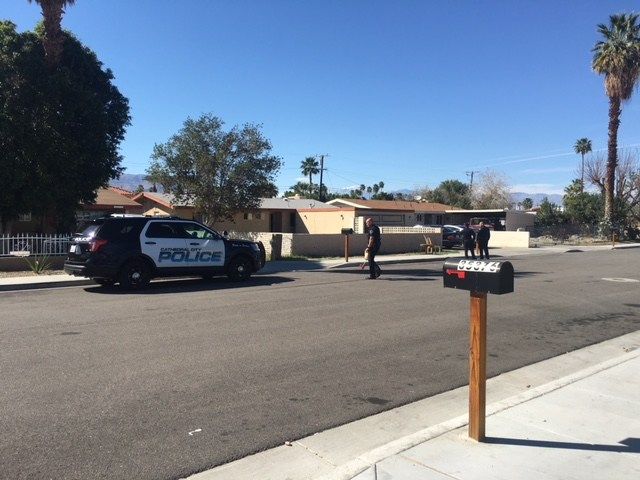 On Thursday March 15, 2018 at about 1:17 pm Cathedral City Police Department received calls of gunshots heard in the 35300 Blk of Corregidor Rd. Officers were immediately dispatched to the area, arriving within minutes of the reported gunfire.

As a result of the gunfire, Cathedral City Elementary and Nellie N. Coffman Middle School were placed on a brief lock down but there was no danger to any students, according to PSUSD communications coordinator Joan Boiko.

The investigation is ongoing. Anyone who may have witnessed the incident or with information is encouraged to call the Cathedral City
Police Department (760) 770-0300.