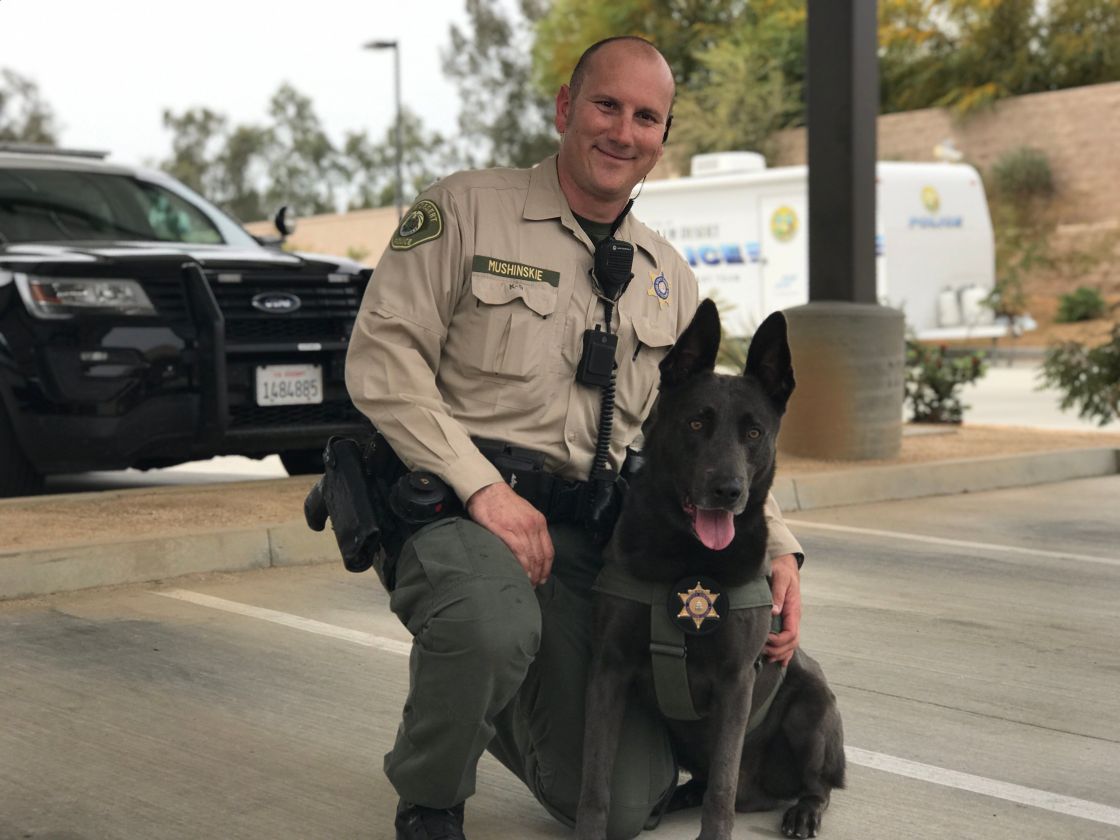 The Palm Desert Sheriff’s Station’s K-9 unit is protecting lives in the community and those on the line of duty. He barks just like any other dog, but he has a special task. He works for the sheriff’s station.

"My canine’s name is Rio. He is a 6 year old Belgian Malinois," says Deputy Patrick Mushinskie. Rio is more than just a dog, he’s the deputy’s partner. "We had to build trust. We had to build respect. I had to earn his trust, he had to earn my trust."

And with that trust, Rio and Mushinskie catch bad guys, "I will deploy the police K-9. He will find you, he will bite you!"

Two weeks ago, thanks to Rio, sheriff’s deputies were able to find a suspect robber hiding in Indian Wells. Deputy Mushinskie says, "The guy was hiding up in the attic under some of the insulation."

Rio’s nose detected the human odor, "I put Rio on my shoulder, walked up a ladder, and launched Rio into the attic." The suspect suffered minor injuries from the bite.

"If we didn’t have Rio, that could have been a potentially deadly situation," says Deputy Mushinskie. And while this is just his daily training, Rio’s bite isn’t something to mess with. "His bite is very strong. A lot of suspects who have been bit before, once they know the dog is involved, they will surrender immediately."

Even after a hard day’s work and biting the bad guys, at the end of the day, Rio is still just a pup at heart. Deputy Mushinskie says, "he comes home with me, he’s got a kennel in my back yard. He runs around with my other dogs, he runs around with the horses."

So for Rio, the training seems like just a game, but Deputy Mushinskie says, "when I suit up and get ready for work, he knows. I’ve had him and we’re searching for somebody or searching for something and he’s alerted me before I get to it."

The community and deputies are literally putting their lives, in his paws.

Haboob makes its way through the Coachella Valley
News Staff