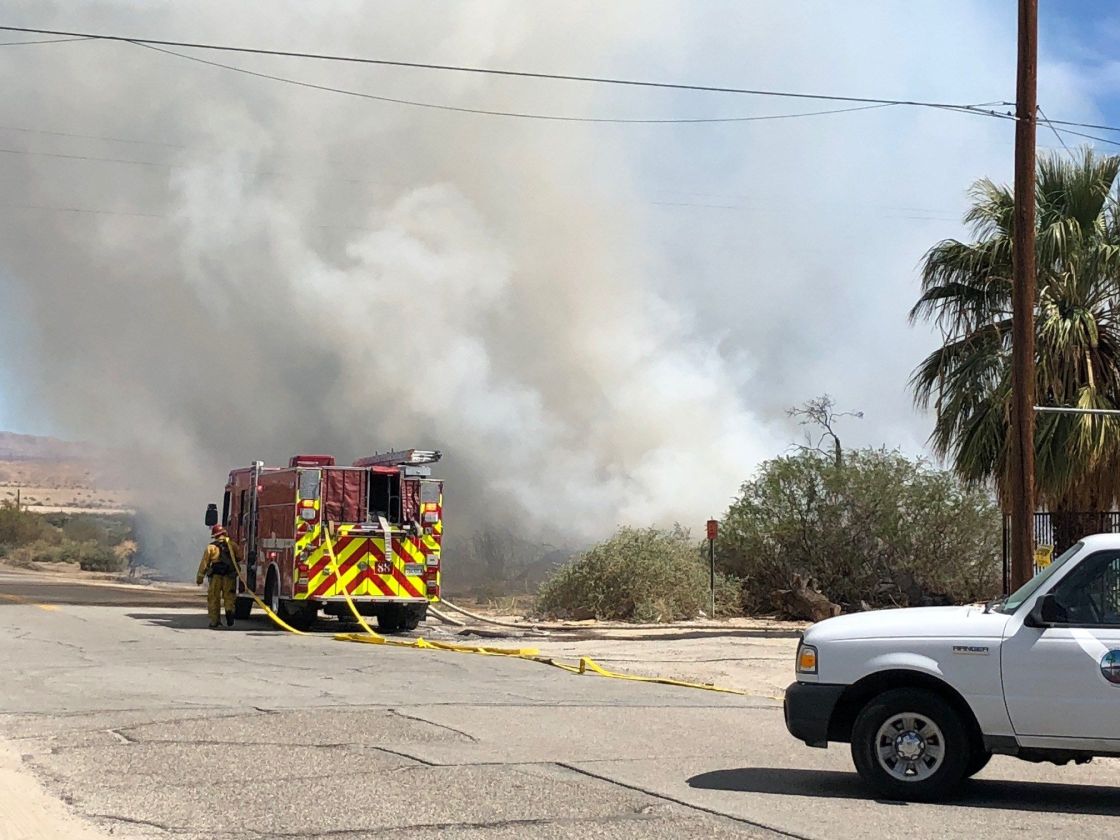 A brush fire broke out in trees and debris near Interstate 10 in Coachella Monday afternoon, prompting the evacuation of a nearby homeless encampment and shutting down power in the communities of Sky Valley and Indio Hills.

The blaze was reported just after 1:30 p.m. on Vista Del Norte, east of Dillon Road. Two to three acres had been blackened as of 2:30 p.m., but the blaze has the potential to grow to five acres, according to the Riverside County Fire Department.

Riverside County sheriff’s deputies were evacuating a homeless camp near the fire, while the Imperial Irrigation District temporarily suspended power to just over 1,000 customers in Sky Valley and Indio Hills. IID spokeswoman Marion Champion said power was expected to be restored in one to two hours, though that timeline could change depending on the status of the fire.

Reports from the scene indicated trees were on fire in the area, with the fire possibly affecting westbound freeway lanes. Stop-and-go traffic was reported by the California Highway Patrol, but there was no indication that the fire had forced any closures.