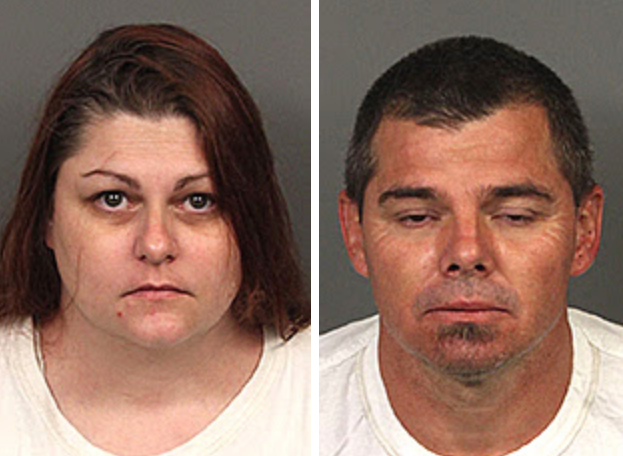 A Mesa Verde woman and her husband, who are accused in the death of her 18-year-old mentally disabled daughter, pleaded not guilty Wednesday to charges of murder, abuse of a dependent adult and child endangerment.

Jill Williams, 35, and Steven Williams, the victim’s 40-year-old stepfather, were arrested March 14 and are each being held at the Riverside County jail in Indio in lieu of $1 million bail.

Kaylina Anderson’s death was reported just after midnight March 10 at the family’s home in the 18000 block of Palowalla Drive, according to Sgt. Wallace Clear of the Riverside County Sheriff’s Department.

The victim, whose body was found in her bedroom, suffered from severe mental disabilities, requiring her to have full-time care and supervision, the sergeant said, but the cause of her death was not disclosed.

“Due to her diminished physical appearance and substandard living conditions, investigators from the Blythe Station and the sheriff’s Central Homicide Unit responded to the scene and assumed the investigation,” Clear said earlier this week.

Three minors, all 6 years old and under, were removed from the home by Child Protective Services, according to Clear. The Williams are slated to return to court March 28 for a felony settlement conference.